Roethlisberger Will Start; Vick Will Dress as Third QB for the Steelers 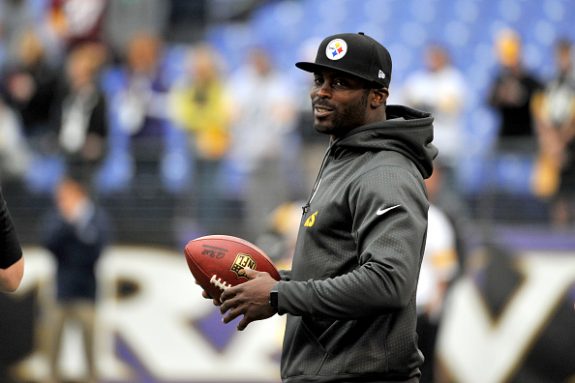 In a move already getting some headlines, a report from Gerry Dulac of the Pittsburgh Post-Gazette says that Ben Roethlisberger will start at QB for the Steelers today, and Michael Vick will be active as the third QB as a ‘just in case’ move for the black and gold.

It’s a smart move, and will ensure if the Steelers need a QB that can get in the game and run for a few yards, they could have it with Vick.

Roethlisberger was limited in practice this week, but did finally throw on Friday and reports say that the playbook won’t be limited and he should be able to make the necessary throws in the game.

Vick hasn’t played since October, when he left the Cardinals game after getting hurt, in a game in which Landry Jones came in and won. Overall Vick five games and started three.

Jones will be listed as No. 2 and Vick as No. 3 when the Steelers and Broncos kickoff at 4:40pm.