Could the Steelers Take a Flier on Former Texans QB Brian Hoyer? 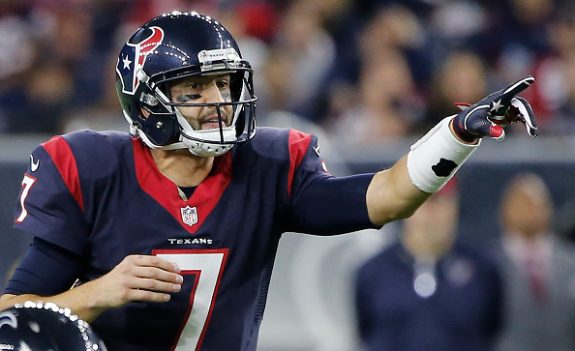 The Steelers need for a quality backup QB may have just gotten more interesting, as there’s another name on the market the team is being linked to – that being former Browns and Texans quarterback Brian Hoyer.

Hoyer was released by the Texans on Sunday, this after going 5-4 as a starter in nine games last season. He was awful during the teams’ wild card playoff loss to the Chiefs, throwing four picks as the Texans at home were shutout 30-0.

The Steelers know all about Hoyer, as they played him twice two seasons ago when he was the starter in Cleveland, beating him and the Browns opening day 30-27, but then in week six Hoyer threw for 217 yards and a score in a 31-10 win in Cleveland.

Texans have released QB Brian Hoyer. He will be in demand. Steelers among those interested in him