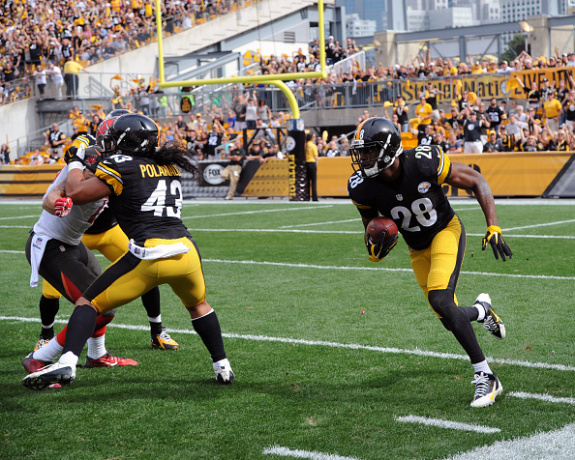 Steeler fans who have been riding the team for over a year to dump corner Cortez Allen got their wish on Friday, as the team bid so long to the often overmatched corner.

The Beaver County Times reports that the move does seem somewhat odd considering what it cost the black and gold to cut Allen now, instead of waiting.

While the timing is a little odd — the move frees a reported $1.175 million of cap space, instead of $4.4 million had Allen been given a post-June 1 release — the result hardly was a surprise. Since signing a four-year, $24.6 million contract on the eve of the 2014 season, Allen’s career has taken a precipitous fall from grace.

Allen started the first seven games of 2014 but his season and career was effectively derailed by ineffective play and a lack of confidence as much as a knee injury.

Still just 27 years old, Allen really never rounded out into the player the Steelers paid for after being a fourth-round pick of the team back in 2011.

His Steelers career ends with six interceptions in 18 starts.