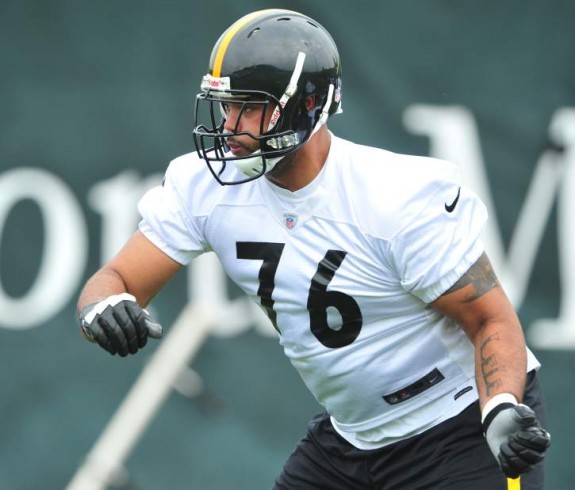 The Steelers today cut tied with former second-round pick Mike Adams, a player who simply never developed into the offensive tackle they felt he would be with the organization.

The 26-year-old didn’t play a down in 2015 after having an offseason back procedure, and he spent all of last year on the PUP list.

The highlight of his Steelers career was when he was named the club’s starting left tackle entering 2013, but then he lost the job due to poor outings by midseason.

His career started with promise, as he started six games as a rookie at right tackle, and it looked like the sky was the limit after he was named the starter in 2013, but he was replaced by Kelvin Beachum after some awful performances.

He started four more games in 2014 when there were injuries to starters, but never took back a starting job after being replaced four games into his second season. Online casino games would dictate that Adams would have been a solid player for the Steelers, but the injuries and poor play meant otherwise.

Also released Thursday were kicker Ty Long and running back Abou Toure for the black and gold.