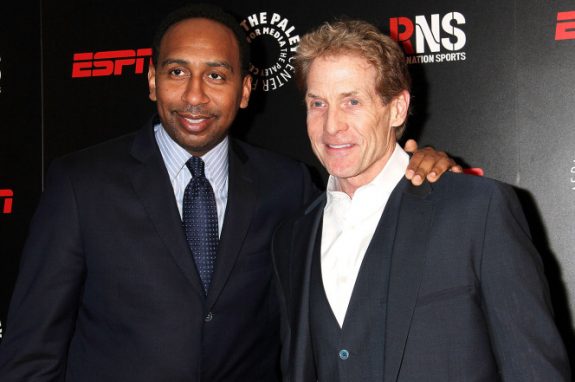 Tuesday is the final time anyone will have to be subjected to both Skip Bayless and Steven A. Smith on ESPN’s ‘First Take,’ the show which never seems to be afraid to take shot after shot at players around the major sports leagues.

Bayless, who is headed to Fox to do his own show on Fox Sports 1, didn’t make many friends in and around the major sports leagues, and one player from the black and gold who let it be known he’s not all that upset for his leaving ESPN is running back Le’Veon Bell, who took two Twitter to let know thoughts about Bayless be known.

Bell’s words I am sure ring true among many other players in all the major sports, who can’t stand the loudmouth Bayless, or his buddy Smith, who will stay on ESPn and try to keep the show alive.