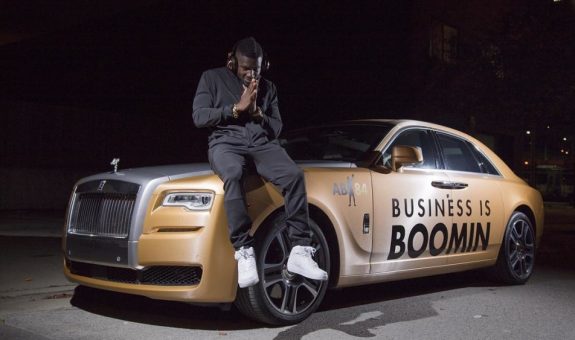 In case you missed the PR stunt of the day, Jets wide out Brandon Marshall, never afraid to speak his mind, challenged the best wide out of the day – yes Antonio Brown – with the price being one of two luxury cars that each receiver owns.

Marshall fired first, “if I have more receiving yards than you, you’ve got to give me the Rolls-Royce.”

Let’s be real here for a second, Brown is the best wide out in football, end of story. Last season he had 136 catches for 1834 yards and 10 scores.

How did AB respond to Marshall? He told TMZ the following about the ‘bet.’

“He don’t really wanna do that. He just wants some PR. He too old to be doing that.”

“If he really serious, CALL ME … I’ll gladly accept. Don’t Internet it.”

The Jets and Steelers do meet in 2016 – Sunday, October 9th in Heinz Field. Expect Brown to put more motivated than ever to put on a show and outgain Marshall by at least 100 yards that day.