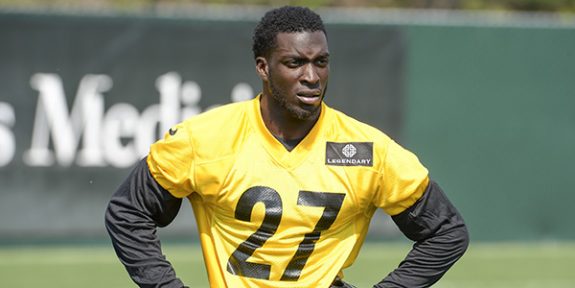 That’s about the only word to describe the scene today in Latrobe as Steelers cornerback Senquez Golson went down with what’s being called a ‘mid-foot injury,’ but yet another injury that stops him from taking the field.

Golson (in case you forgot), missed all of 2015 as well as most of the spring and summer workouts this year. Seeing him goes down doens’t bode well for his future, but here’s to hoping the injury isn’t as bad as it could be.

Steelers coach Mike Tomlin said Golson would be examined Monday evening, he didn’t say much else about the injury, other than that he didn’t want to “guess” the seriousness of the latest Golson setback.

Golson showed his frustration with the injury by slamming his helmet down in disgust, trying to walk off the foot pain.

For now, the 56th overall pick from Ole Miss from the 2015 NFL Draft is likely going to be watching for awhile, but here’s to hoping that it’s just for a short time.