Flashback: Steelers Beat Up Redskins 23-6 on MNF in November 2008 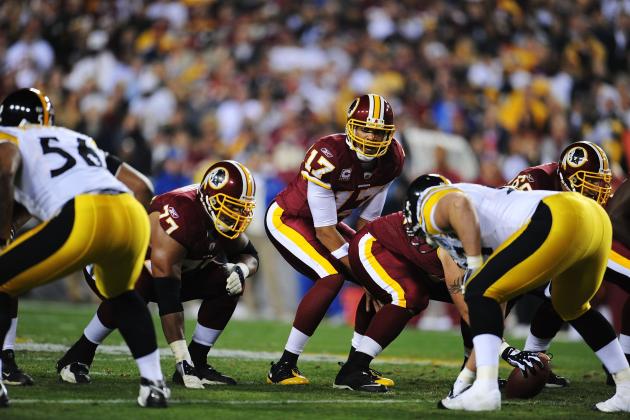 The Steelers are set for a Monday night opener with the Redskins in the Nation’s Capital on Monday night, a game that Steeler fans are hoping to see the team get off to a quick start.

The last time the black and gold played in D.C. was their Super Bowl season back of 2008, as the team went out on a Monday night with tons of Steelers fans in the house and put a beat down on the Redskins, walking away with a 23-6 win, marked by 13 second half points by backup QB Byron Leftwich.

Here’s a portion of the recap that night from Steelers Gab back in 2008:

With a defense that put the hurt on the Washington Redskins all night long, and a backup QB that came in and sparked a 13-point second half, the Pittsburgh Steelers scored a most impressive road win, topping the Redskins 23-6 Monday night at FedEx Field. The Steelers trailed four minutes in 6-0 after two Redskins field goals, but that would be the entire night of offense for Washington.

The Steelers dominated on defense from basically start to finish. The Skins were 3-for-15 on third downs, they held the leading rusher in the NFL, Clinton Portis, to just 51 yards on 13 carries, and recorded a smashing seven sacks for minus 45 yards on Skins QB Jason Campbell. Washington had just 93 yards on 40 plays through three quarters.

The Pittsburgh offense got off to a slow start, but after they got a field goal to cut it to 6-3 from Jeff Reed, their special teams got them into the game with 2:11 left in the first half when Andre Frazier blocked a Ryan Plackemeier punt and William Gay took it to the Skins 31.

After a sack and a penalty, Ben Roethlisberger hit Santonio Holmes for 9 yards, then on 3rd-and-12 he hit Hines Ward for 14 yards to the Skins one. On the next play with :32 seconds left in the half Roethlisberger snuck it in for a Steelers 10-6 lead at the half. The negative was Roethlisberger, who was injured in the first half and never returned due to the shoulder injury.

It didn’t matter due to the aggressive play of the Steelers defense, and the stellar play of backup QB Byron Leftwich. The DC native came in to start the third quarter, and on the fourth play he hit a pretty deep ball to Nate Washington for 50 yards that set the Steelers up at the Skins 11. Four plays later Willie Parker got in from one-yard out to make it 16-6 Steelers after Reed pushed the extra point wide.

Click HERE to read the rest of the Recap

Steelers Fans: Bud Light Has Created A Can Just For You
Video: New ‘Break Out the Pepsi’ Spot Out Features Steelers WR Antonio Brown