Three Eagles to Watch in the Steelers Showdown Sunday with Philadelphia 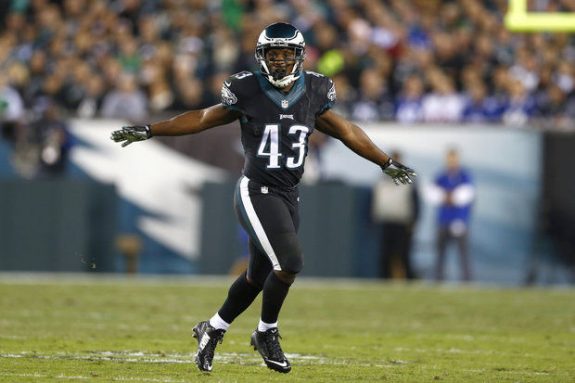 The Eagles are the darlings of the NFL after two weeks of play, as Carson Wentz already has a bust of himself being worked on in the city of Canton (okay not really but if you listen to ESPN this week you would think so).

Philadelphia is 2-0, and while they have beaten the awful Browns, who might not win a game, and the Bears, who haven’t won a home game since Mike Ditka was their coach (okay again kind of a joke, but considering they have lost six in a row at home, you get the point), they have played well to start the year.

With new coach Doug Pederson running the show and Wentz at QB, the Eagles are hoping to continue their good fortune this week as they host the Steelers Sunday in a late afternoon affair.

Today we look into the Eagles roster, and look at three players the Steelers have to keep an eye on Sunday as they look to get to 3-0 for the first time since their last Super Bowl season of 2010.

Monday the Eagles wide out dropped a touchdown in the win over the Bears, but don’t fall asleep on the best Philly wide out, as he’s becoming maybe their biggest playmaker in their offense. Matthews has long arms and strong hands and he’s tough to cover for 60 minutes. He’s got 13 catches for 185 yards and a score in the first two games, and nine of those 13 grabs have gone for first downs. Matthews also has good footwork, and is getting a nice WR-QB combo going with Wentz. The Steelers can’t let this guy beat you downfield.

The Eagles defense has been impressive against two very average at best defenses, and in the first two weeks have four takeaways. 5th year defensive lineman Fletcher Cox is having a nice start to the season for Philly, and he’s already fired the shot that if the Eagles are going to beat the Steelers, they are going to have to hit Ben Roethlisberger. The Steelers have to be careful with this Eagles D, a unit led by new DC Jim Schwartz and one that has knocked out two QB’s already in 2016. Cox had his best season as a pro last year with 9.5 sacks, and the Steelers O-line has to account for him Sunday.

Despite being 33 years and some think maybe on the downside of his career, Sproles is still very much a player that can do damage. The change of pace back suddenly was thrust in a big role on Monday vs the Bears, with 12 carries, the most he’s had in a game since 2010. Yes he didn’t put up huge numbers, but Sproles is still a player that cam make catches out of the backfield in key spots, and even more dangerous is his ability to return kicks. This season Sproles has 17 carries for 52 yards, and while that’s just 3.1 yards per carry, he’s another player you can’t overlook on this Eagles offense and special teams.