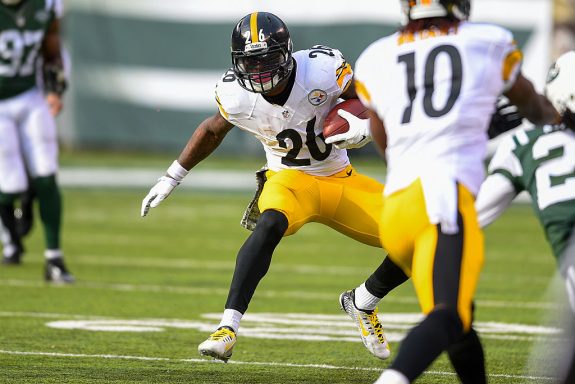 Last season in week 17 the Steelers and their fans wanted nothing more than for the New York Jets to tank their final game of the season against the Buffalo Bills and then the Steelers to get into the postseason.

Their prayers were answered, as the Jets fell to the Bills and after the Steelers beat the Browns, they backed into the postseason as the number six seed.

Sunday the Jets come to Heniz Field to play a Steelers team coming off their best game of the year, a 43-14 beatdown on Sunday night against the Kansas City Chiefs on primetime.

The Jets are off to a 1-3 start, and there’s rumblings about a possible switch at quarterback if Ryan Fitzpatrick doesn’t start to get his act together.

The Steelers are a touchdown favorite to get to 4-1 before they play the Dolphins the following week in South Florida. Here’s our keys to the game, as well as our prediction on if the Steelers will take care of business.

The Steelers deep ball was on display often Sunday against the Chiefs in the rain at Heniz Field, and look for much of the same on Sunday. The Jets may not have Darrelle Revis, who hasn’t been his usual self anyway this season. The Jets have allowed some big gains in the air already this season, with opponents hitting plays of 54, 71 and 84 yards. With Ben Roethlisberger and his wide outs doing their thing, look for the QB to take some shots against the Jets provided the line can give him time to let his receivers get downfield and get a step on the secondary.

It’s no secret that Jets QB Ryan Fitzpatrick leads the NFL with 10 interceptions in just four games, and the Steelers defense should gain a few more Sunday. The Jets love to look to wide out Brandon Marshall, who is still a threat even with Eric Decker on the shelf. Marshall is their key playmaker, but it’s when Fitz looks his way he’s thrown four of his 10 picks. Look for special focus on Marshall, and for the defense to make sure they get to Fitzpatrick making him force throws which should make for hopefully 2-3 picks and some short fields for the Steelers offense.

The Steelers haven’t played all that well in the past against the Jets, losing to them in the past when it appeared all was ready to go the Steelers way, like 2014 when Michael Vick beat the black and gold at Metlife Stadium. New York is going to try to do whatever they can to avoid going 1-4, and the Steelers can’t read their press clippings about being ‘back’ after their win over the Chiefs and get lazy against New York. They still have a defense that can make life tough on the Steelers offense, and they have to make sure to keep Ben upright against a good defensive line. Trap game, letdown game, whatever you call it, the Steelers have to stay focused this week against a team they are clearly better than.

Prediction – As just stated, the Steelers are the better team, and should get to 3-0 at home this season with a win over this disappointing Jets team. New York is minus 10 in the takeaway/giveaway department, and that’s a key stat the Steelers should look at as they try to create short fields and get easy scores. Use that run game of DA and Bell and open up the play action against that big front four, and make sure to avoid the simple mistakes that keep lesser teams in games, and the Steelers will wake up Monday 4-1 and getting ready for a trip Miami the following week. Pittsburgh 27 New York Jets 7