The Steelers Appear to Have Gotten Their Groove Back; Can They Maintain It? 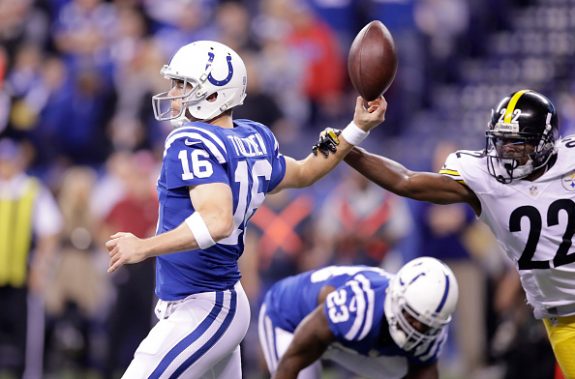 The last two weeks the Steelers have appeared to have gotten their groove back, beating two rather lackluster teams – the winless Browns and a Colts team playing without franchise quarterback Andrew Luck.

While some are basically throwing the wins out the window since they were against two teams that clearly have major issues, the Steelers were a team on the brink after they blew a lead against the Cowboys in the final 40 seconds three weeks ago.

So now with a mini-bye before they host the New York Giants on Sunday, December 4th, let’s look at a couple good things and bad as the black and gold enter their final five games of the regular season.

Ryan Shazier when healthy is coming into his own, you could see if last night as well as in the win against the Browns. Again though the biggest thing for Ryan is staying on the field, something that has been a challenge for him in his short NFL career. Bud Dupree is also getting more and more healthy, and he will be a welcome addition. Sean Davis and Artie Burns are becoming forces in the secondary, and Stephen Tuitt is filling in nicely as the big man on the line with Cam Heyward gone for the year. For the first time in awhile this D looks like it could be rounding into form.

The Steelers against the Browns and Colts made an emphasis to make sure running back Le’Veon Bell got the ball a lot, and it worked out, as the last two games he’s run for a combined 266 yards, and is also getting chances to make plays out of the backfield. Yes I get nervous with every touch that he’s going to get hurt (just like the last two years), but a healthy Bell could put the Steelers in a good position to make some noise in the posteason if they stay on this current path.

The crew on NBC made mention of it more than once last night, but the Steelers offensive line has allowed just one sack in the last three games, and they are opening holes for Bell, and giving Ben Roethlisberger plenty of time to throw the football, which is paying off in a big way. If the line can stay healthy, it’s another unit that seems to be playing better since the debacle in Baltimore four weeks ago, and it’s another part of the team that can have a solid impact if they can get into the postseason. 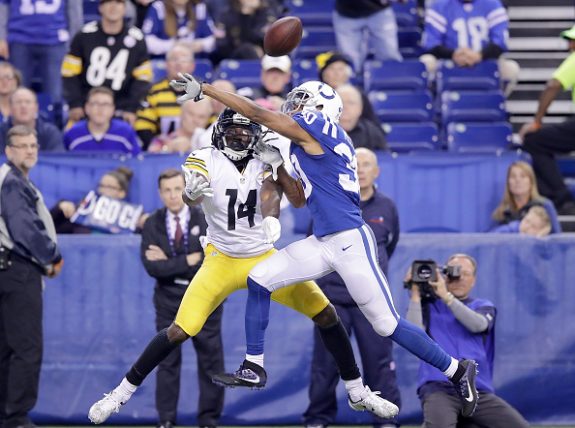 On one account, having two drives that covered a ton of yards and time end in no points had to be deflating for the Colts, but it was alarming to see Indy with Scott Tolzien even be able to pull off two drives of that time and distance. The second one covered 16 plays, and ran off the final 9:49 of the third quarter, but again, on a good note the Steelers held. At the end of the day, the defense has to get off the field, they allowed Indy to go 8-for-15 on third down conversions – a number that has to get better.

Sammie Coates still can’t catch, Cobi Hamilton has been a welcome addition, and it seems like Jesse James has all but vanished from this offense. One player that this team could really use to step up is tight end Ladarius Green, who had a huge 35-yard grab on the drive that cemented the win. In the end, this team could use a player like Eli Rogers or a healthy Coates to get on track and have a couple big games so Ben trusts them more. As good as Antonio Brown is, we’ve seen teams do what they can to take him out of the game, and during those lulls someone, anyone, has to step up and make plays.

Sometimes in the NFL things just tend to go this way, but over the last two games the Steelers have been hit hard with penalties, as they’ve been flagged 15 times in the two wins for 137 yards. David DeCastro leads AFC lineman in penalties this season, and we’ve seen some solid offensive plays get returned due to laundry on the field. Officials obviously are seeing something the Steelers are doing, and are not afraid to call it, as they have the last two games against the Browns and Colts. Again, they got away with it with solid wins, but against better teams it’s got to come to an end or it may very well cost them badly.