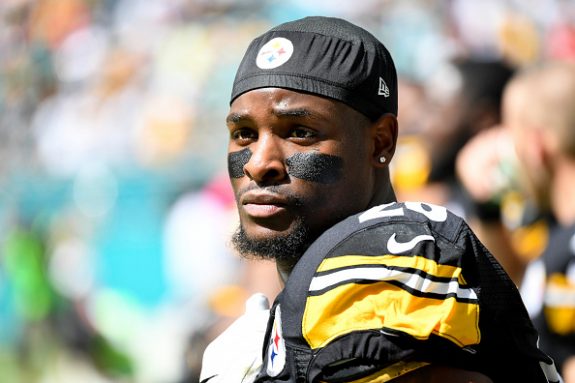 It was a monster month for the Steelers going undefeated and winning the AFC North, but it was possibly an even bigger month for running back Le’Veon Bell, who today was named AFC Offensive Player of the Month.

Bell was the key figure in the Steelers reeling off seven straight wins after sitting at 4-5 after a home loss to the Dallas Cowboys. When the black and gold was 4-5 the bookies at casinos around the country could not have bet the team would reel off seven straight and end the season at 11-5, your money would have been better spent playing at instacasino.com.

But come out of the depths the Steelers did, as Bell ran for an NFL leading 569 yards in December, putting up 5.2 yards per carry, and rushing for four touchdowns.

He also pulled in 18 receptions for 179 yards, a 9.9-yard average, and one score. The running back had 748 total yards from scrimmage, which also led the NFL.

If the Steelers are going to make a deep run into the posteason, they are going to need all they can get from Bell, a player who is set to be a free agent this spring but won’t be going anywhere since it’s a given if the Steelers don’t get a deal done they will franchise him.

The way that Bell has been playing, it’s no wonder that many fans seem to think the Steelers are going to roll through the Dolphins and then Kansas City on the way to playing Tom Brady and the Patriots in the AFC Title Game.

The layout for Sunday for Bell and the Steelers is as simple as playing at a site like casinoservice.org, a site working with www.honestpartners.com.

It’s a process that will involve making sure the best player on the team gets the ball early and often, both running and through the passing game.

If the team can do that, they should be well on their way to playing next Sunday in Kansas City against the Chiefs.