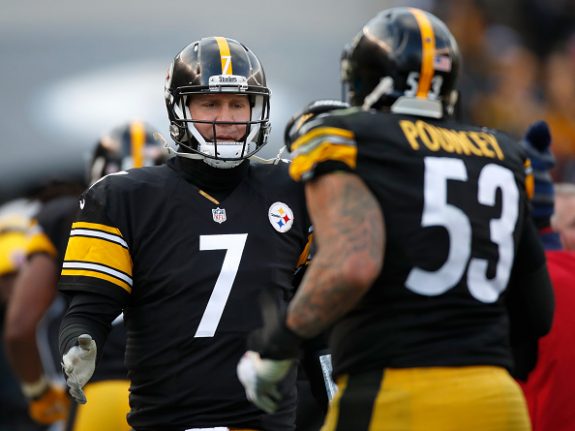 The Steelers couldn’t possibly get out of today’s wild card win over the Dolphins without a big injury – could they?

Well the teams offensive leader, Ben Roethlisberger, was seen leaving Heinz Field in a walking boot, this after he was injured late in the fourth quarter of the 30-12 win.

Roethlisberger had the boot on his right foot, and while he admitted he injured his ankle late in the game, he promised “I’ll be out there next week.”

The Steelers play next Sunday in the AFC Divisional Playoff game against the Kansas City Chiefs on Sunday at 1pm.

Steelers Squish the Fish; Slam the Dolphins 30-12 in AFC Wild Card Game to Move On in Playoffs
The Chiefs Can Be Had Sunday in Arrowhead; Here’s Some Steelers Keys to Doing It