The City of Pittsburgh All Seemed to Watch the Super Bowl; Can the Steelers Get to the Next One? 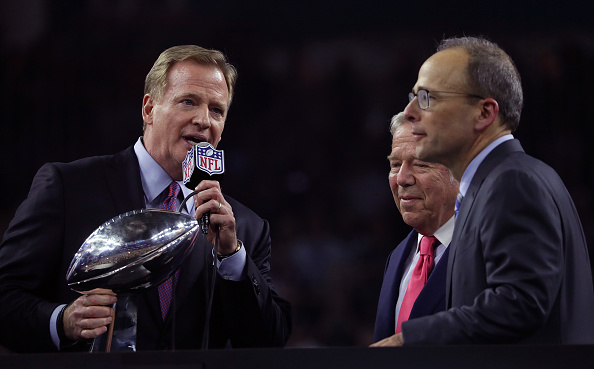 If you meet anyone from Pittsburgh today who told you they didn’t watch Tom Brady and the New England Patriots win Super Bowl LI on Sunday, they are probably lying.

Overall the Steel City had the best ratings of ANY in the country when it come to TV ratings for the annual super showdown between the NFC and AFC, drawing a crazy 57.9 share last night.

They beat out Buffalo (57.2) and Atlanta (57.0) as the top city in America that watched Sunday’s wild Pats comeback, led by Brady, as they beat the Falcons in the first Super Bowl overtime 34-28.

Sites like whichbettingsites.com have the Steelers high up on the list not only in the AFC, but overall when it comes to the top teams in the NFL.

Right now the black and gold are listed at 10-1 odds to make it to the Super Bowl, meaning if you put $10 on the Steelers to get to the dance next year and they do, you would take home $100.

The Patriots, fresh off their 5th ring, are the top AFC team and are at the top of the list, sitting at 5-1 to repeat as AFC Champs and get back to the Super Bowl.

Of course all bets about the black and gold are off if the stunning revelation after the season by quarterback Ben Roethlisberger that he might not come back in 2017 turns out to be true.

You would have to think if the two-time Super Bowl winning quarterback decides to hang it up, the odds of the Steelers going back to the Super Bowl for the first time since the 2010 season would be drastically different, and not in a good way.

So what are the chances the Steelers finally overcome and get back to the Super Bowl next season? Well, the biggest offseason issues will be the new deal for WR Antonio Brown, as well as getting something done with free agent running back Le’Veon Bell.

Also making sure to keep their franchise quarterback happy is of the upmost importance as well, as if the team loses Ben, things are going to change drastically.

It’s a shame that Brady didn’t get up on the platform last night and say he’s walking away, as that would change things drastically in the NFL as well.

For now, the Pats will continue to be the biggest block in the way of the Steelers playing in the biggest game of the year.