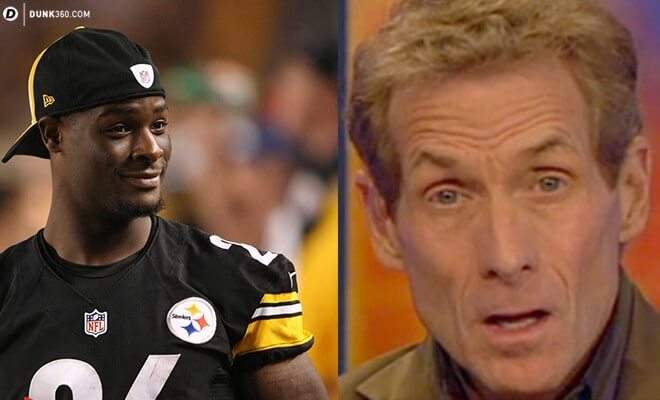 In a week where there’s a lot more talking than anything else, everyone is getting ready for Super Bowl Sunday as the Patriots play the Falcons down in Houston.

There’s an off the field fight going on between Fox hot air blower Skip Bayless and Steelers running back Le’Veon Bell. If you’ve missed it, it’s included Bell going after Bayless (who says he’s not the best RB in the NFL), with a rap song, and Bayless fighting back.

Today things got even more fun between Bayless and Bell as Steelers all-world wide out Antonio Brown, as AB was on the ‘Undisputed’ sticking up for his buddy and running back.

NFL Looking Into Le’Veon Bell Injury and If the Steelers Reported It Correctly
The City of Pittsburgh All Seemed to Watch the Super Bowl; Can the Steelers Get to the Next One?