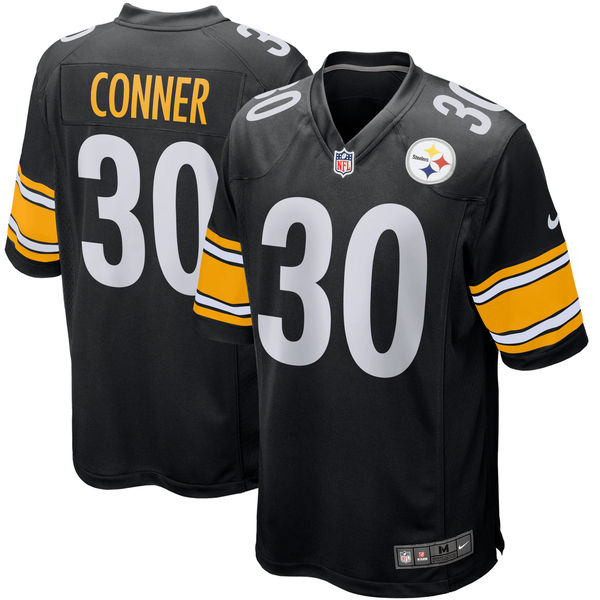 If you had to take a guess at who has the hottest-selling jersey in the National Football League right now – it would probably take you over 1,000 guesses to finally think about what Steeler tops the list.

No – it’s not Le’Veon Bell, Antonio Brown or James Harrison – it’s none other than rookie running back James Conner.

Yes, NFL.com is reporting that Conner has overtaken the biggest rival in Steelers history – Pats QB Tom Brady, to lead all jersey sales as of today in the NFL.

Conner is truly a great story, and one that will only get better as he continues to make his mark in the Steel City this summer in training camp.

Here’s what the story had to say about Conner leading all sales:

Conner was a standout running back for Pitt — the 2014 ACC Player of the Year, in fact — who saw his life and football dreams upended when he was diagnosed with cancer in 2015. He won a furious battle with Hodgkin’s Lymphoma, got back on the field for Pitt and led the team in rushing in his final season with the Panthers before turning pro. When the Steelers called his phone this spring, it was a fairytale come true for the hometown kid from Erie.

Conner’s Pennsylvania roots and inspirational story merged to make the rookie’s jersey a hot property. How hot? Conner No. 30 is now moving more paper than Brady No. 12.

It will be great to see a ton of number 30 jerseys this summer in Latrobe and also at Heinz Field.