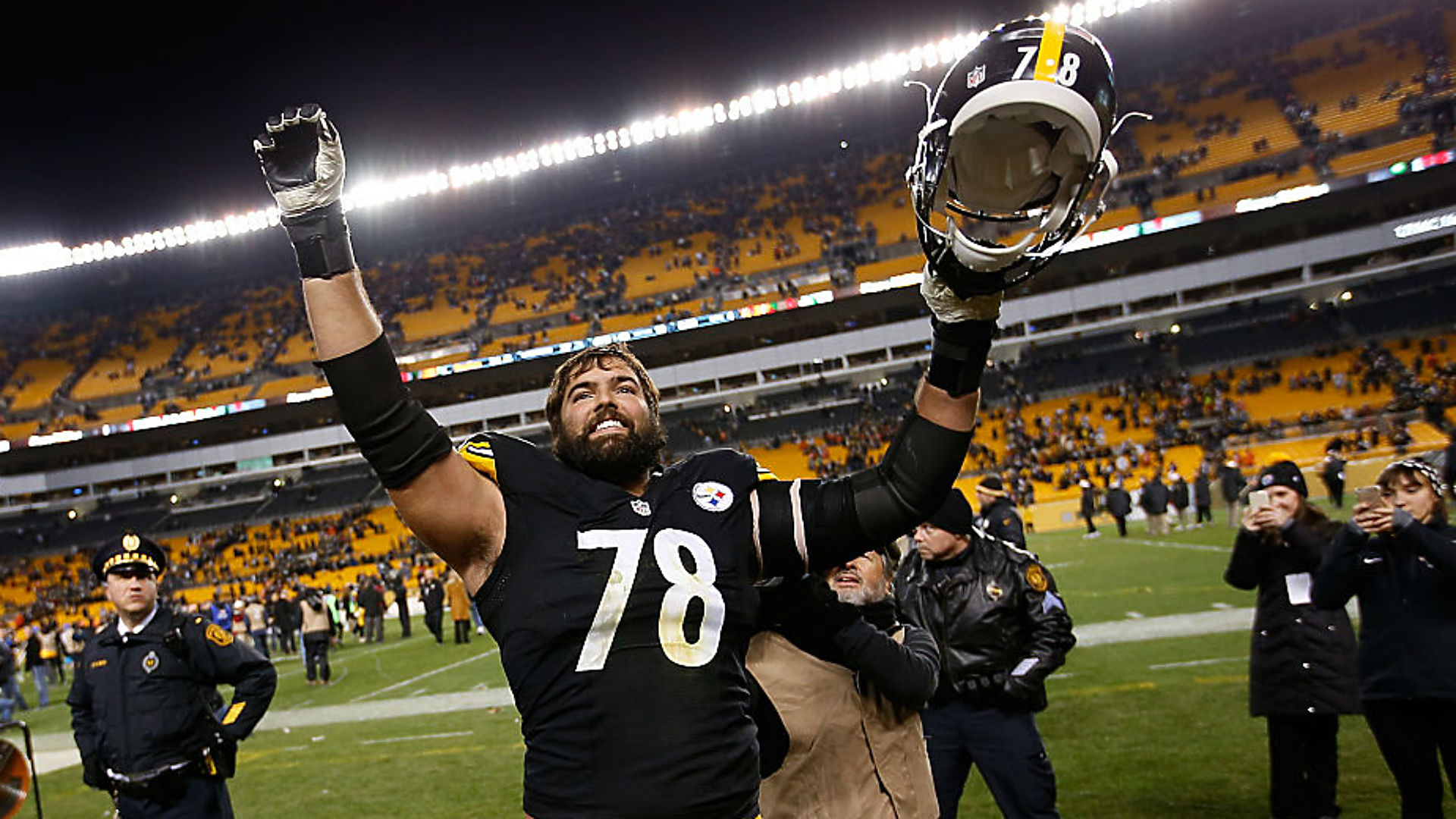 The Steelers made a move today to keep their line intact, as they inked offensive tackle Alejandro Villanueva to a four-year deal, NFL.com reports.

A third-year veteran on the Steelers’ offensive line, Villanueva was an exclusive rights free agent this offseason. The deal for the lineman is worth $24 million according to NFL Network.

The move was big since Villanueva wasn’t under contract because he hadn’t signed his exclusive rights tender of $615,000.

The deal for the lineman means that all of the starters on the offensive line are under long term deals – Ramon Foster, David DeCastro, Marcus Gilbert and Maurkice Pouncey.

Getting Villanueva done is a smart move for a team that allowed 21 sacks last season.

Steelers Rookie RB James Conner – The Hottest-Selling Jersey in the NFL
Report: Shazier Not Getting a New Deal Done This Summer, But Tuitt Could Get a Contract