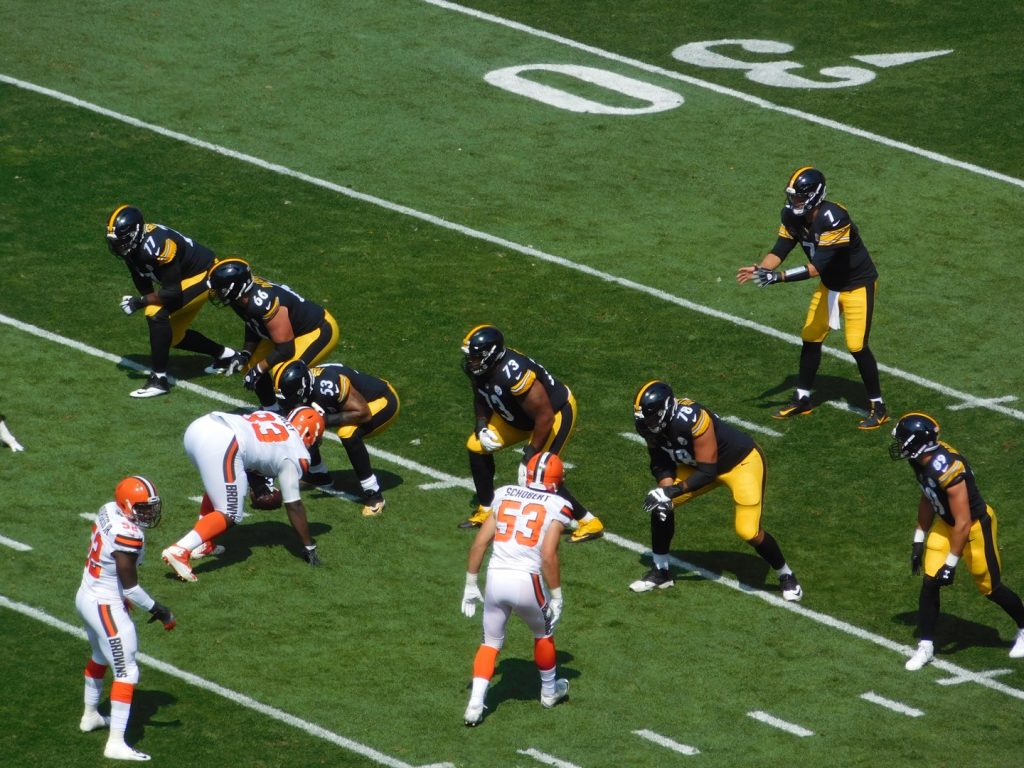 Despite sloppy play and a number of very questionable calls by the guys in stripes, the Steelers Sunday opened the 2017 season with a ho-hum 21-18 win over the Cleveland Browns at First Energy Stadium in Cleveland.

Tight end Jesse James pulled in two touchdowns from Ben Roethlisberger, and the Steelers special teams gave the team a huge boost with a blocked punt for a score on the Browns opening possession to give the Steelers an early 7-0 lead.

The Browns didn’t go as quietly as one would think for a team that didn’t win a game until Christmas Eve last season, and gritty rookie DeShone Kizer tied the game with a one-yard run with :22 left in the first quarter.

Cleveland had chances to take the lead, but the Steelers defense rose up in the second quarter, and finally late in the first half their offense got moving, thanks to a little luck.

Antonio Brown, who was the biggest offensive playmaker for the Steelers, pulled in a tipped pass for a 50-yard gain to put the Steelers on the Browns 39.

A 19-yard pitch and catch to Brown put the ball on the Browns 9, and on third-and-goal Ben fired a bullet to James for the go-ahead score to make it 14-7 with :49 seconds to play in the first half.

The second half saw the Steelers build the lead to 21-10 after the Browns field goal, again thanks to a short TD to James, this time from two yards out to wrap up a 75-yard drive.

The Browns were able to make a game of it late as Kizer hit Corey Coleman with a three-yard TD pass on 4th down with 3:36 to play and after a two-point conversion it was 21-18 and the game was still very much up in the air.

Ben and Brown though were able to hook up on a huge play to ice the game, as under pressure Roethlisberger threw up a bomb which Brown pulled in at the Cleveland 44.

The Browns called timeout to stop the clock, and then challenged the play as it appeared the ball may have come out of Brown’s hands, but it was correctly ruled a catch and with no timeouts, Le’Veon Bell raced for a 15-yard gain to ice the game for the Steelers.

Bell put up just 32 yards and was rusty in his debut for the Steelers. Brown pulled in 11 catches for 182 yards, and his play-making ability was the difference in the game.

Roethlisberger was 24-for-36 for 263 yards with two scores and a pick in the win, and early on it took awhile for him and his merry band of receivers to get on the same page.

Kizer was sacked seven times, twice by Steelers rookie T.J. Watt who also collected an interception in the third quarter. Watt and the Steelers put pressure on Kizer all afternoon.

On the day Kizer was 20-for-30 for 222 yards with a touchdown and interception. Isaiah Crowell rushed for 33 yards in the losing effort for Cleveland.

It wasn’t pretty, as the Steelers were hit with an unreal 13 flags on the day, and coach Mike Tomlin stated that the flags stopped a lot of momentum the Steelers might have had.

“We were out of sync because we were behind the chains. When you get highly penalized and you are working at 1st and 15, or 2nd and 15, you’re not going to have a great running game,” Tomlin said.

“You can write whatever story you want to write about – his missing preseason and all of that. The bottom line is that we got highly penalized and it put us behind the chains and minimized the running game. Write that because that’s what happened.”

While ugly, you can never understate the importance of an AFC North road win, and while there’s a LOT of work to be done, it’s a win and the Steelers will gladly take it.

Sunday the Steelers will play host to the Minnesota Vikings in their home opener.