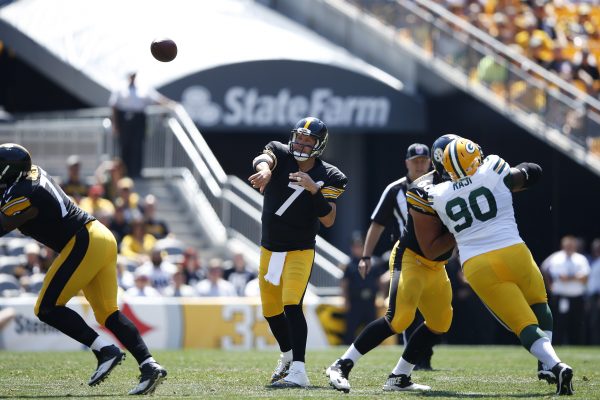 They may be rolling, but there’s no doubt that there’s plenty of work still left for the 2017 Pittsburgh Steelers. It’s pretty much a given the team will own the AFC North, but this team wants a lot more, a bye week and home field so they can avoid Tom Brady in his house in late January.

That means Sunday night at Heinz Field there’s another chance to get closer to making that happen, as the team will take on a club they have some history with – the Green Bay Packers.

The Steelers and Packers played maybe the greatest game in the history of Heinz Field back in 2009 when the Steelers won on the final play of the game to top Green Bay on a TD pass from Ben Roethlisberger to Mike Wallace.

Then the two teams played in Super Bowl XLV, a game that again came down to the wire, but this time on the biggest stage, the Packers were good enough to top the Steelers and take home a championship.

Now there’s one major factor in this regular season matchup, that being Packers QB Aaron Rodgers being down for the count with a broken collarbone.

The Pack are 5-5, and playing very un-Packer like, such as last week then they were shutout by the Baltimore Ravens. Brett Hundley is doing what he can at QB, but the Steelers are not two touchdown favorites for nothing.

Here’s a look at some keys for the Steelers to get to 9-2 on the year in a prime time spotlight.