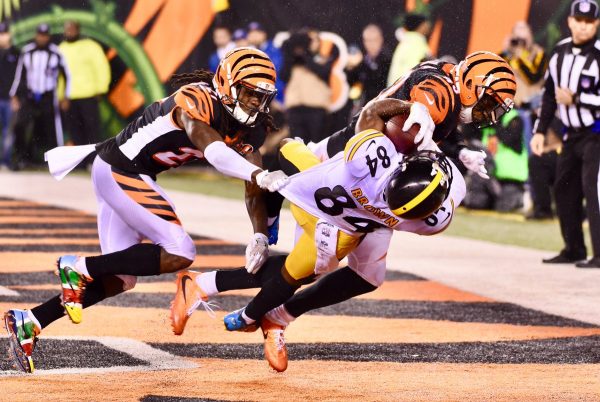 The Steelers played a memorable game in Paul Brown Stadium Monday night, as for the second straight season they overcame a 17-3 deficit to the Bengals, only to pull out a win 23-20 on a Chris Boswell field goal on the game’s final play.

It was the second straight week that Boz hit a game winner at the buzzer, but the game Monday night will go down as so much bigger, as the team lost linebacker Ryan Shazier to a scary first quarter injury that saw him have to be taken to a hospital in Cincinnati.

The team has yet to release any official word on the linebacker, so before fans go ahead and start to declare if and when he may play again, it does no good until the team gives an official update on his condition.

For now, it does no good to speculate how Shazier is, and it’s best just to stay positive, keep the linebacker in prayer, and hope that he’s able to make a complete recovery.

As for the game – it was ugly, but much like the game in Indy a few weeks back, the black and gold did enough to get the win, and it was important as it keeps them as the top seed in the AFC with the showdown with New England two weeks away.

Before that, it’s another prime time game, this time on Sunday night against the Ravens at home as the team will look to get to 11-2.

Let’s look back at the Monday night win, as the Steelers do what they seem to do best, overcome Bengals mistakes and walk out of the Queen City with a win.