What AFC Team is Most Likely to Roll Into Heinz Field Next Sunday to Play the Steelers? 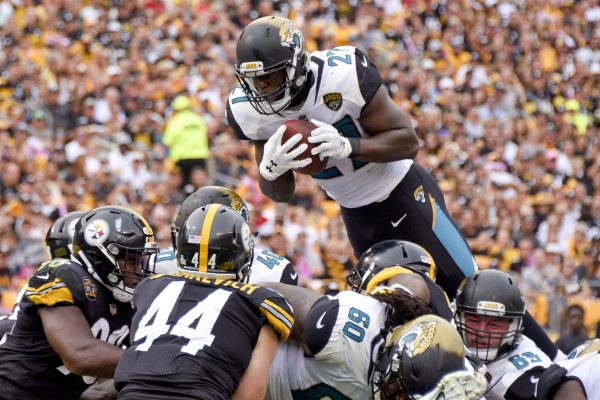 For the first time since 2010 the Steelers have earned a bye into the Divisional Round of the Playoffs, and they will start the NFL’s ‘second season’ by sitting back and watching four AFC teams battle it out for the right to move on to the round of four in the AFC next weekend.

We all know that the Patriots were handed the number-one seed after the refs screwed the Steelers out of what should have been a win the final seconds of a hard fought week 15 game, but one interesting fact is the last three times the Steelers were the number two seed, they made it to the Super Bowl (1995, 2008, 2010).

The four teams that will fight this weekend in the AFC are four very different teams, from the reborn Buffalo Bills, to the upstart Tennessee Titans, the surprising Jacksonville Jaguars to the playoff veteran KC Chiefs.

Don’t forget to get all the top NFL free betting out there as the games get closer this weekend, but for now the Chiefs are a touchdown plus favorite to beat the Titans on Saturday in the 4:30pm game, and Sunday the Jaguars are also a touchdown plus favorite to beat the Bills, a team that comes into the game possibly without leading rusher LeSean McCoy.

Out of these four teams – the only one we know for sure the Steelers CAN’T play next Sunday at home is the Buffalo Bills, as if they beat the Jags they will automatically play the Patriots next Saturday.

Which leaves the Titans, Jags and Chiefs, three AFC teams the Steelers all played in 2017, going 2-1 with the only loss at home to the Jaguars in week five.

It was that game which saw Ben Roethlisberger throw a whopping five picks, to the point where after the game he even said he wasn’t sure he ‘had it anymore.’

It was that game though that saw the Steelers really right the ship, as they beat the Chiefs the next week handing them their first loss of the season, and then later in the season on a Thursday the Steelers beat up the Tennessee Titans at home in a game that really not that close.

The most likely team to come into Heinz Field next week would be the Jags, and all the talk will be if the Jags can duplicate the defensive effort they had in the week five game against the Steelers, a game that saw two pick six’s for the Jags, and Leonard Fournette ran all over the black and gold for two scores.

Blake Bortles had to throw for just 95 yards that day in the win, and you can bet it won’t be that easy the next time around if in fact the Steelers and Jags go at it next weekend.