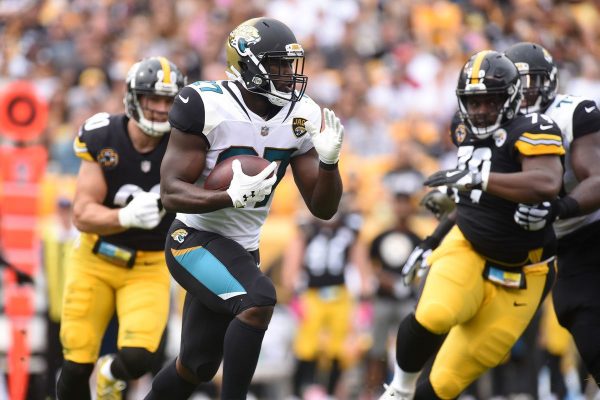 If there’s one team (maybe other than the Pats, and possibly the Ravens) that seem to play the Steelers tougher than any at Heinz Field since they came into the league in 1995 it’s the Jacksonville Jaguars.

The Jags, who come to Heinz for a AFC Divisional Playoff showdown after beating the Bills 10-3 last Sunday in an game that was unwatchable, are one of three teams that beat the Steelers this season, and did it at Heinz in a week five game that was the worst of the season for the Steelers, losing 30-9.

That day QB Ben Roethlisberger threw five picks, the Jags scored two defensive TD’s, and overall it was the Jacksonville run game that took over, running past the Steelers for a big day on the ground.

This time around the Steelers say it won’t happen again, and promise they are playing for a bigger purpose in wanting to dedicate a run to and a win in the Super Bowl for fallen linebacker Ryan Shazier.

They have a great shot against a team they are touchdown favorites against, but it’s not going to be a walk in the park (at least it doesn’t look that way), so with that said here’s the keys for the Steelers to move on to a second straight AFC Title Game next Sunday.