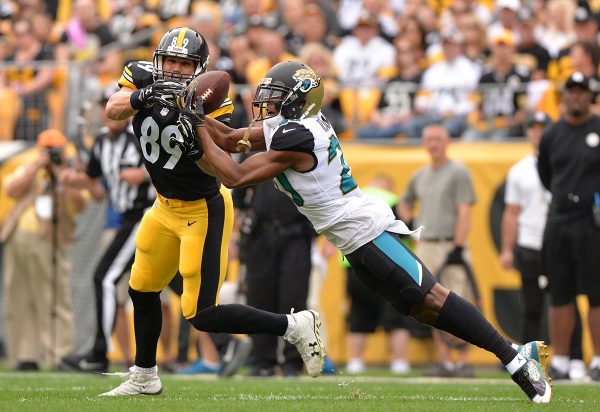 A week after winning a huge road game in Baltimore, the Steelers laid a complete egg at home on Sunday, losing badly to a Jacksonville Jaguars team that lost to the New York Jets last week in overtime.

The outcome was a 30-9 loss, one that puts the Steelers at 3-2 after five games.

You can place the blame for this lackluster effort at the feet of an offense that settled for three field goals in the red zone, and a defense that after trailing 20-9 allowed the Jaguars to march right down the field and put the game away.

Steeler Nation should be ticked after this effort, as the last two weeks all that’s been talked about is distractions regarding the National Anthem and last week with Antonio Brown throwing a tantrum during the win in Baltimore.

It looked like it might have caught up with them, and because of it the team is now 3-2 as compared to possibly being 4-1 or even 5-0.

Here’s a couple takeaways from this disgusting effort that was painful to watch.