Steelers Play Scrooge in Houston in Beat Down of Texans; One Hurdle Remains Before Playoffs 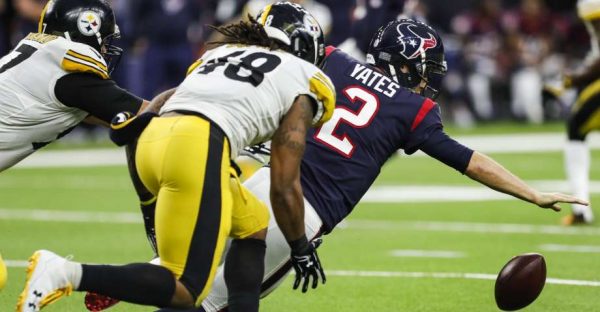 Unlike last Christmas Day when Steeler Nation had to sweat out a last-second dramatic win over the Ravens to clinch the AFC North, this year you could have taken a nap by halftime of the Steelers 34-6 beatdown of the Houston Texans and not missed much, as the black and gold toyed with T.J. Yates and the rest of the Texans in route to their 12th win.

Yes I had my concerns about the hangover of the crushing BS loss last week to the Patriots, but this Steelers team came to play, they did just about everything right, and there’s plenty of positives to be taken away from this win as the team gets ready to wrap up the regular season at home against the 0-15 Browns.

Here’s a couple takeaways from the win for the Steelers and some thoughts heading into the finale against the Browns Sunday at Heinz Field at 1pm.