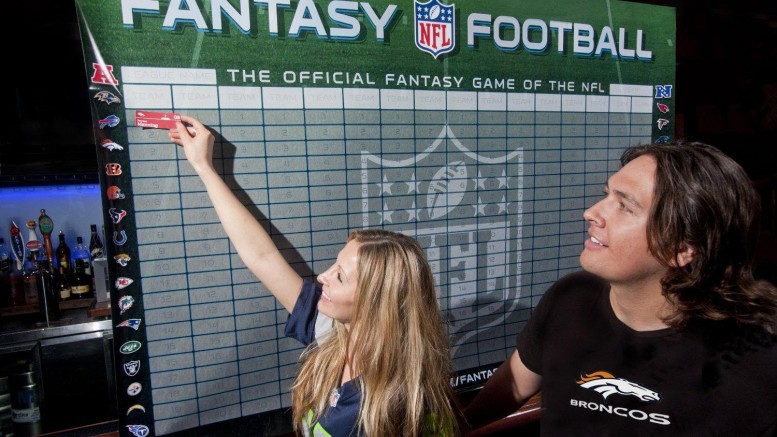 What is fantasy football, and how is it different from “real” football? If you’re a Steelers fan and you do not know what fantasy football is or how it works, this post is for you. While waiting for next season, you may want to enjoy something football-related and equally exciting. So get to know how to play fantasy football, and find out what makes people like playing it.

What is Fantasy Football?

It is a game wherein players act as general managers of professional football teams in the virtual world. The teams are created with the players selecting the members for their respective teams in a draft. During a draft, fantasy football players choose from a list of real football players in the league. Fantasy football usually focuses on the following leagues: National Football League, Canadian Football League, and college football. Players/general managers win points based on actual performance of players in the real world games they drafted.

To avoid confusion in the succeeding text, the term “players” will refer to the players drafted by the general managers. Those playing the fantasy football game, on the other hand, will be referred to as “general managers”.

How Is Fantasy Football Different from Real Football?

Certainly, there are many differences between fantasy football and the real football you see on TV. Here’s a summary of these differences with brief discussions.

An article in The Federalist claims that real football fans don’t play fantasy football. It’s an opinion piece with some compelling points. Accordingly, it’s disrespectful to real football players to reduce them to mere numbers and become the subject of a different kind of “playing” by fantasy football general managers. The writer says it’s like turning things into math instead of being about poetry.

Another compelling point raised in the article is about loyalty. Real football, as asserted in the article, increases team loyalty. Fantasy football, on the other hand, is doing the opposite. To win in fantasy football, you have to look at the numbers of individual players and not the team performance. This most often means choosing players not from the same team. If you’re a Steelers fan, you know that not all of the team’s players can deliver the results you need to win. That’s why it’s only logical for general managers to draft players from other teams, in a way betraying a fan’s sense of loyalty.

Indeed, American fantasy football online is different from real football. If you want to win, you can’t just be the same old football fan you are. You can’t be too loyal to your favorite team lest you end up assembling a less than competitive team. It’s about strategizing and relying on statistics. This shouldn’t mean, though, that you are abandoning being a fan of a certain team. If you are a Steelers fan, you will always be a Steelers fan even as you play fantasy football and employ strategies that would seem to make you less of a loyal fan with your player choices.