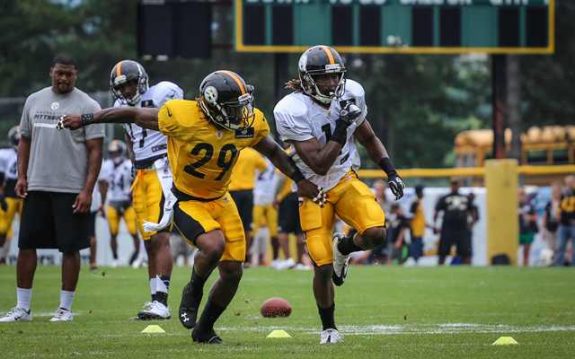 The Pittsburgh Steelers are a team in transition and it has made pre-season polls and rankings resemble roller-coaster rides from one spectrum to another as NFL insiders and analysts attempt to predict the outcome of a 2014 regular season.  In a ‘Fantasy Watch’ ranking piece by Nick Mensio on August 3, the Steelers had some high marks amongst AFC North division rivals.

In the ‘Overated’ category, only Lance Moore made the list for the Steelers, but Mensio’s reasoning was that Moore was no longer with Drew Brees and was a fourth-string wide receiver at best.  Pittsburgh has indicated that Moore will be used in plenty of situations within their offense, so expect Moore to possibly move up on fantasy charts depending on training camp competitions.

Tight end Heath Miller was placed on the ‘Underated’ section of the list.  This is possible due to Miller suffering an injury that made 2013 a season to put behind him, but Miller is healthy and seems ready to get back to business.  Teams that underrate him in 2014 may pay for it.

As for ‘Late Round Fliers’, running back LeGarrette Blount and receiver Markus Wheaton topped the list.  Mensio expects both players to have big years.

Do you agree with the ‘Fantasy Watch’ piece?  Who would you add or take away from a fantasy list of the AFC North in regards to the Steelers?  Let us know by logging on to our forum at GridironChatter.com for free today!

Stephon Tuitt: The Pittsburgh Steelers Rookie On A Mission
Jawan Jamison: The Longshot Looking To Make A Quick Impact With The Steelers