Le’Veon Bell: Why the Steelers Cannot Let Him Walk Away 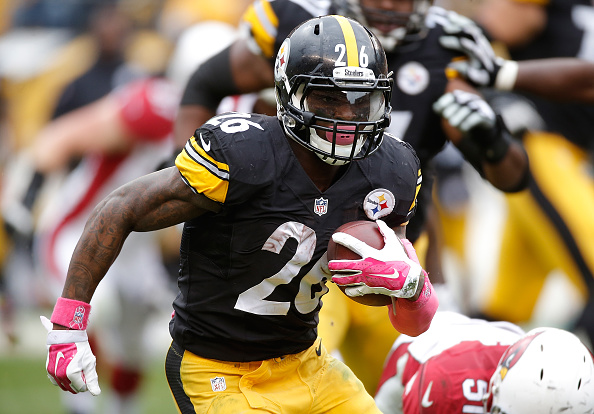 For most of the 2017 campaign, Pittsburgh’s defense held up. In fact, the Steelers were once regarded – and still are by some – as a top-five defensive unit in the National Football League. Unfortunately, Keith Butler’s defense crumbled in the playoffs – conceding over 40 points to the Jacksonville Jaguars at Heinz Field.

Mike Tomlin has come under scrutiny for his efforts as head coach and it is certainly a case of ‘back to the drawing board’ for Pittsburgh ahead of a huge offseason. The primary objective for Tomlin and co must be to tie running back Le’Veon Bell down to a new contract. Give Bell whatever he wants money-wise; Pittsburgh can find a way to meet his wage demands.

Why? Why should the Steelers give in? Well, Bell is the best back in the NFL by some distance; his impact as a north-south runner, his influence in the passing game and his versatility are just three reasons why Pittsburgh cannot afford to let Bell walk away from Heinz Field. Neither party is going to back down without a fight…

Le'Veon Bell says contract negotiations are making him feel like a priority https://t.co/TIDTb04RGw

Next season’s odds are not available just yet, but punters can keep up with the latest NFL beting news, tips and free agency gossip via bet365’s American Football section. Neutrals will expect the two parties to agree to terms in the coming weeks but with the NFL Draft fast approaching, Pittsburgh may try to hold out for as long as possible.

That would be a foolish move though, Bell averaged well over 100 scrimmage yards per game last year and his departure have a negative impact on the entire roster. With Bell satisfied, Pittsburgh’s potent offense can flourish and that should mean good things for the franchise.

‘Big Ben’ Roethlisberger went through a wobbly patch in 2017 but finished the campaign strongly and Antonio Brown, one of the best wide receivers in NFL history, is capable of producing a game-changing play at any moment. The Ben-Bell-Brown combination is enough to strike fear into their rivals and another AFC North title would be a given if these three men can stay fit.

Todd Haley has already departed as Pittsburgh’s offensive coordinator and that could make Bell even more effective in 2018. With the right appointment, the Steelers should be able to get the most out of their star back and that is another reason why the Pittsburgh hierarchy must listen to the calls of fans.

Of course, nobody wants to see money dictate whether any player stays or leaves an organisation but that is how football is these days. Remember, this is a business as well as a sport but based on his performances on the field, Bell SHOULD be the highest paid running back in the National Football League.

Whether Tomlin was guilty of dismissing the Jaguars or not, one thing is for sure: Pittsburgh must re-sign Le’Veon Bell. It doesn’t matter if Tomlin stays or if he goes, keeping Bell happy at Heinz Field is the most important aspect ahead of free agency. With Bell, Brown and Ben all raring to go, anything less than an AFC Championship game appearance would go down as a disappointing season.