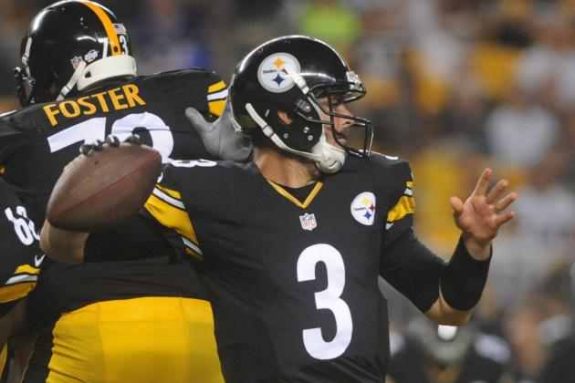 Cut day is always a tough one in the NFL, and today Landry Jones found that out the hard way, as the veteran backup to Ben Roethlisberger was shown the door for the Steelers.

The team Saturday decided to cut Jones, going with second-year player Joshua Dobbs and rookie Mason Rudolph as the backups to Roethlisberger. Jones had served that role since the middle of the 2015 season.

Jones was scheduled to make $1.9 million this season, the last of his two-year deal with the team. If he doesn’t catch on elsewhere, the team may decide to bring him back.

In his time as a stater with the Steelers, Jones went 3-2, throwing for 1,310 yards, eight touchdowns and seven interceptions.

He was the biggest name of those released from the team as they get set for the season opener a week from Sunday against the Browns in Cleveland.