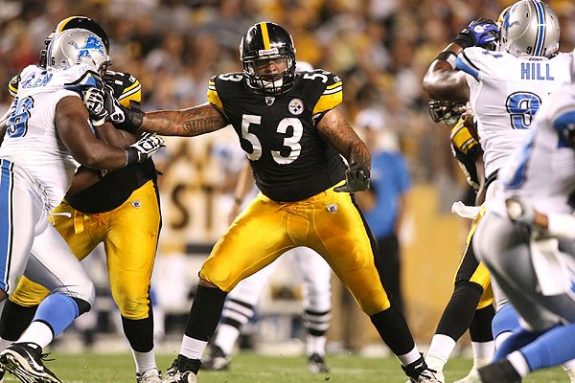 Ensuring the core of their offensive line will remain intact a little while longer, the Steelers on Thursday night signed center Maurkice Pouncey to a three-year contract and guard Ramon Foster to a two-year deal, Joe Rutter of the Pittsburgh Tribune-Review reports.

Pouncey had one year left on his contract, and Foster was set to become an unrestricted free agent March 13.

ESPN reported Pouncey will become the NFL’s highest-paid center with his new deal that averages $11 million a year for the 2020-21 seasons. Combined with his $7 million base salary for 2019, Pouncey’s deal would be worth $29 million over three years.

Foster’s two-year contract is worth $8.25 million, NFL Network reported. He had a $2.675 million base salary last season.

Antonio Brown Could be a Former Steeler as Early as Friday; Oakland Bound?
Steelers Deal Antonio Brown to the Oakland Raiders, Get a Third and Fifth Round Pick