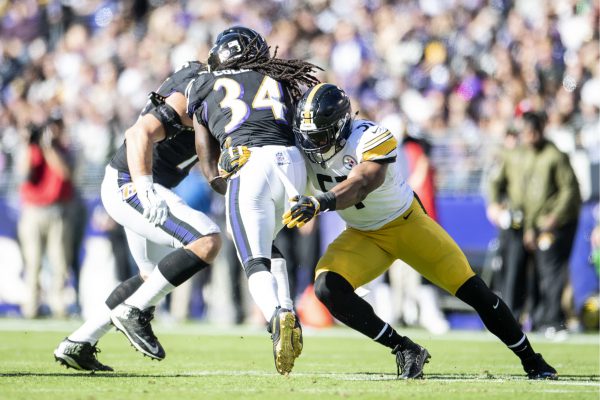 2. Putting the Clamps on the Ravens Offense

The last time the teams played it was the Ravens offense controlling the tempo, and making the Steelers play from behind pretty much the entire night.

They dominated the second half as the Steelers defense could not get off the field, but Sunday in Baltimore it was a totally different story.

They held the Ravens run game to just 61 yards on 16 carries, and the longest rush of the day for Baltimore was just 10 yards. They also made it a long day for QB Joe Flacco, who was minus his two offensive tackles.

The Ravens QB was 23-for-37 for 209 yards with a QB rating of 77.4 The other key was the Steelers D holding Baltimore to field goals early in the game while the Steelers scored TD’s.