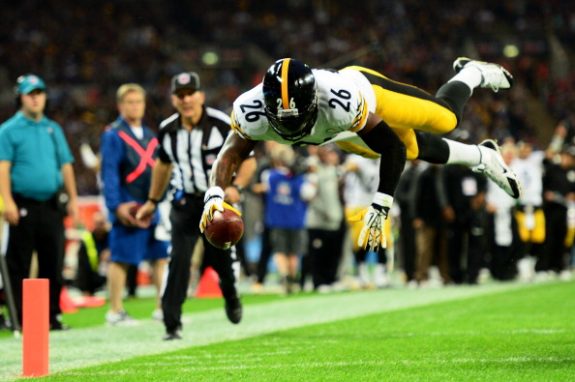 It wasn’t supposed to end this way.

Or maybe, this is exactly how it was supposed to go down.

No matter, Le’Veon Bell’s career as a player for the Steelers is history, thus ending one of the most head-scratching standoffs in the history of pro football.

A player who always said it wasn’t about money in end – made it all about money – and the Steelers never budged, taking a stance with the player who by all regards was one of, if not the best playmaker in football.

Bell didn’t report by the 4pm Tuesday deadline to the Steelers Facility as expected, thus meaning he cannot play for the rest of the 2018 season, and also making him an unrestricted free agent come March.

It was surprising that it got to this point, as everyone assumed that, at worst, Bell would finally make his way to the Steel City and suit up for the final six regular season games and the teams’ likely playoff run, collecting about five million dollars in the process.

Now though, the drama, the questions, the intrigue about if Bell is going to be in uniform this season is going to quickly come to an end.

After Wednesday’s media session, there’s no more need for anyone to ask about Bell. It’s that simple.

The team, and the future of the run game belongs to James Conner, a player who is not only quickly becoming one of the city’s biggest fan favorites, but for now a player who is doing and saying all the right things.

Conner is not only the future of the run game, he’s also the present, and he’s playing much like Bell, if not better, rushing for 915 yards with 10 scores already in 2018, with another 39 catches for 387 yards.

It’s time for this season long story of drama with a player who clearly was looking out for number one to be put to rest. Do what you want with his jerseys, his football cards, his action figures, but no matter what else, he won’t be running the rock anymore for the Steelers.

And it’s a shame that it all had to end that way.

Steelers Lay Waste to Newton and the Panthers; Slam Carolina 52-21 in Offensive Avalanche
Steelers Rally for Wild Win in Jacksonville; Takeaways from the Last Second 20-16 Win