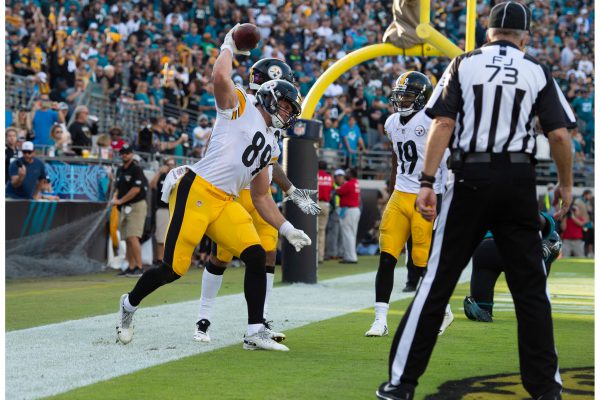 With the Steelers trailing the Jaguars 16-0 in the third quarter, the comments about how it was a ‘trap game,’ a ‘letdown’ and even a joke job against a team they have struggled with all seemed to ring true.

Then something totally unforeseen happened.

The black and gold put on a comeback not seen since a win over the Ravens in 1997 in terms of points of a comeback, as the Steelers rallied from down 16-0 to score a game-winning TD with :05 left, topping the Jags 20-16.

The win puts the Steelers at 7-2-1 on the season, and with the Bengals three-point loss to the Ravens, they lead the AFC North by a healthy margin over both the 5-5 Bengals and 5-5 Ravens.

There was so much that didn’t go right for about the first 55 minutes, it’s still amazing this team was able to pull out a game they clearly didn’t have any business winning.

But not only did they win the game, they showed the heart and soul with a win that tested them from all angles, doing it on the road against a foe that had their number twice at Heinz Field last year.

Here’s a couple takeaways from the win, one Steelers fans will relive over and over as one to remember.