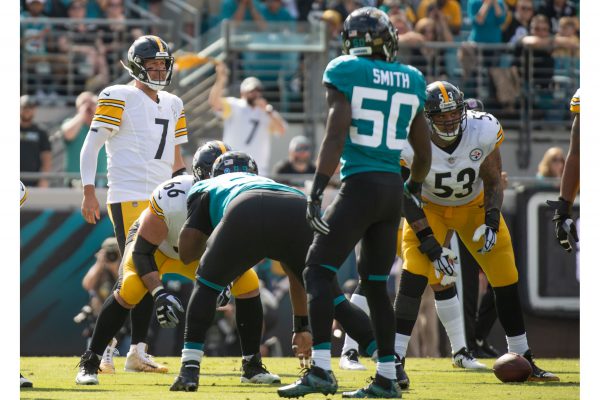 It was a LONG day for Steelers QB Ben Roethlisberger, and his game for about first three quarters was nothing to write home about. He was just off all day, and threw three bad picks in the process of the Jags building a 16-point lead.

Like a seasoned vet, Ben just kept himself and the team in the game, and he finally made a huge play to Antonio Brown to get the team to 16-6, and then in the final 2:28 he and the team scored 14 points.

On the day the QB ended the affair with 27-of-47 passing for 314 yards with two TD’s and three picks. He also wisely carried the ball himself in the final seconds for the score that sealed the win from the half yard line.

As poorly as Ben played, he should get a lot of credit for doing what it took in the end to get the win for the team.