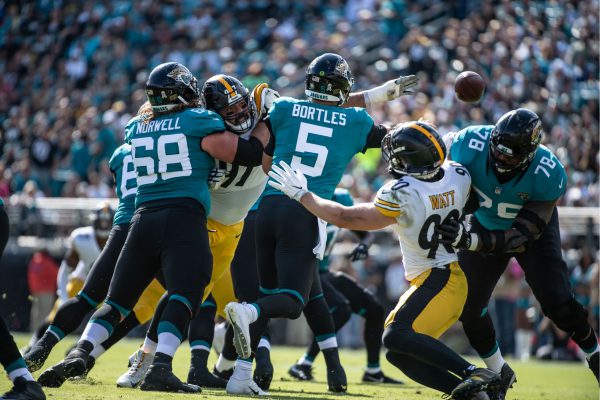 The last time the Steelers rallied from down this many points and got a win was in Baltimore in 1997, a season that ended with a home game loss to Denver in the AFC Title Game.

While you can’t get too ahead of ourselves for playing in one game before the Super Bowl, this type of win on a day when the team clearly didn’t play their best is a sign that they won’t give up when they could have folded.

They were getting beat physically, and it showed as the Jags were piling up the rushing yards in the first three quarters. Then it was like they flipped the switch, and defense played with aggression, and the offense played with a sense of urgency they didn’t seem to have early in the game.

Everyone loves to see the Steelers play a game like last Thursday, piling up points and putting a beat down on a team like the Panthers, but it’s the types of wins like the one against the Jags that build character, and Sunday did that in a lot of ways.

Here’s hoping it carries over in Denver next Sunday.