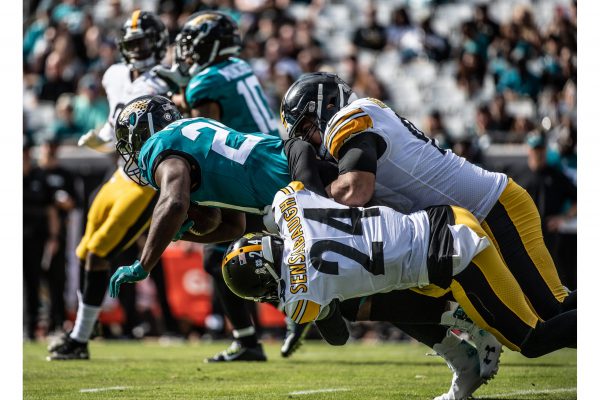 1. The Defense Lays Down the Law

Jacksonville and their running game dominated the Steelers in the first half, and even into the third quarter they seemed to have their way with the run D, which was missing Stephen Tuitt with an elbow injury.

Then, after the Jags went up 16-0, the Steelers D finally got going, and held their ground the rest of the afternoon when it mattered the most.

The last five drive the Jags had a total of minus 3 yards, and punted the ball four times, and ended the game with a fumble on the games final play.

Jacksonville went three and out on the final four drives when it counted the most, and while it took awhile, the Steelers offense finally rallied, wrapping up a wild comeback.