Are The Steelers Already Wearing Out James Conner? 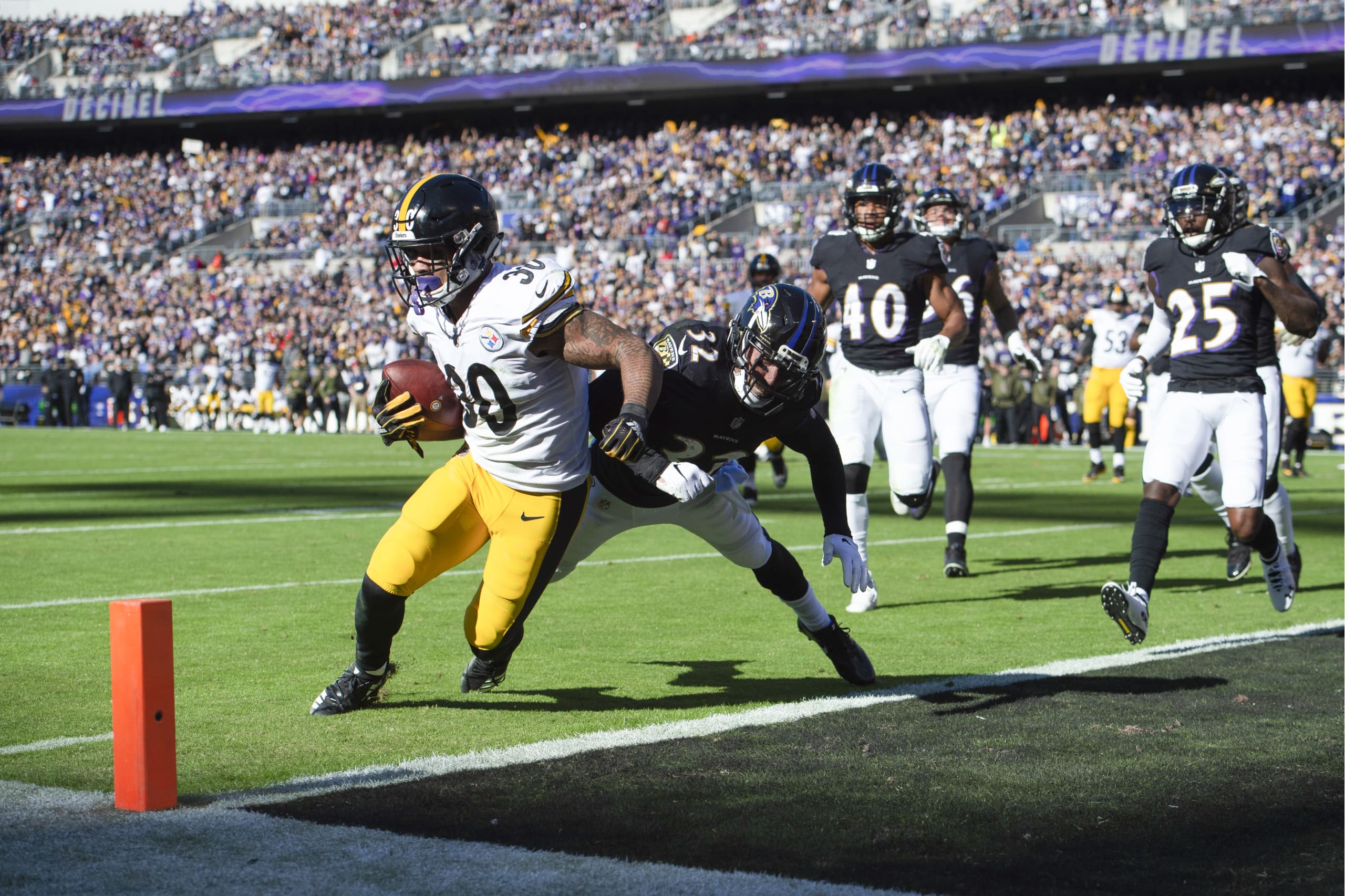 Conner last Sunday night in a stunning late loss to the Los Angeles Chargers, sprained his ankle and was forced to leave the game.

Even without Conner, if you look at places like Amazing Bet, the Steelers are still a very healthy favorite to beat the Oakland Raiders on the road today, but it will for sure be a different looking team than the one is it when Conner is healthy.

Steelers quarterback Ben Roethlisberger said this week that the run game will not change, and the ball will go just as much as normal to Jaylen Samuels, who some feel the team can simply put in the lineup and things won’t change.

But with the injury to Conner, it begs the notion that maybe, just maybe, the Steelers have to re-think the whole ‘feature back’ deal, as Conner clearly is running the ball way more than probably anyone expected him to in 2018.

Consider that Conner has run the ball 15 or more times in a game in seven of the Steelers 12 games thus far, and also he’s caught 52 passes this season, putting even more wear and tear on his body.

The wear that the Steelers put on their running backs is what got them in this mess in the first place, as Le’Veon Bell is all but done in terms of being a Steeler, and while some of it was due to the money aspect, a lot more was also due to the fact he was being used a lot more than he felt was healthy for his body as a pro football player.

Here we sit in week 14, and with the Steelers starring at games still against the New England Patriots, a team they basically never beat, and a team that many think are the best in the NFL, the New Orleans Saints, and oh by the way it’s on the road, suddenly this teams’ road to being the AFC North champs yet again has become a lot more interesting.

Conner is a huge part of what the Steelers have done well this season, and without him, it will be interesting to see how good this offense is against the Raiders.

Let’s hope that the discussion about using Conner too much is out the window and he’s able to return next week. If not, it could be a cold and bleak rest of the season for the Steelers offense.