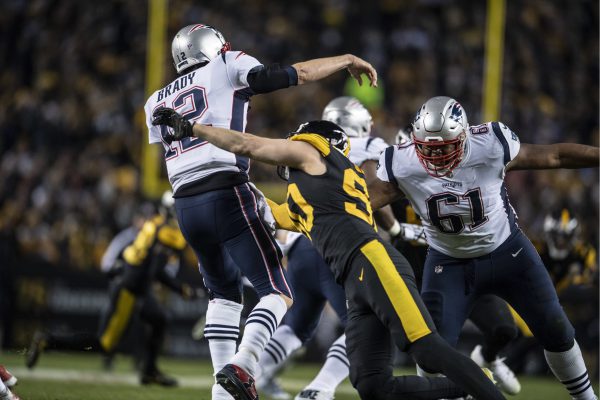 For the first time (in a long time) the ball finally bounced the Steelers way against their all-time biggest arch rival, Tom Brady.

The outcome was one that was sorely needed, to say the least, for the Steelers, as their defense stepped up with stops on the final drive, and the black and gold finally ended their painful three-game losing streak with a 17-10 win over New England at a frantic Heinz Field.

The win moves the team one step closer to the AFC North title, as they sit at 8-5-1, but still have work to do as the Ravens with their win over Tampa Bay Sunday sit at 8-6.

The Ravens still have the Chargers on the road and the Browns at home, while the Steelers play at New Orleans and at home in the final week against the Bengals.

No matter, this was a win that was so badly needed, it felt like forever since the Steelers beat the Pats, and after last seasons’ awful ending to the same type of game, it was a welcome sight to see them hang on for the win.

Here’s a few takeaways from the victory, one that Steelers fans have waited a long time for.