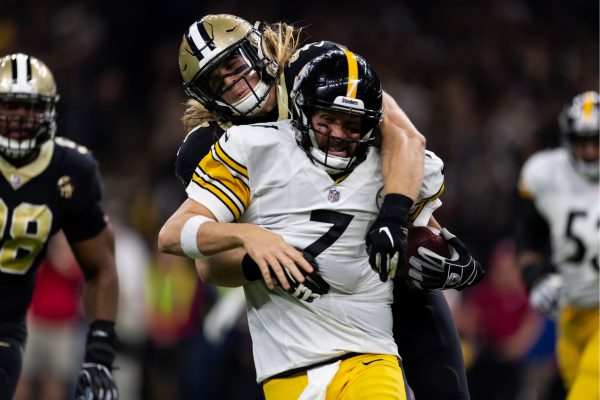 As has been the case multiple times in 2018, the Steelers had a lead in the fourth quarter, and appeared to have everything going their way, only to fold like a bad deck of cards.

This time the collapse was helped out by more questionable calls by the guys in stripped shirts, as well as two more turnovers that has become a symbol of why this team seems to give up games at the biggest of times.

All of it resulted in another crushing loss, as the Saints score with 1:25 left was enough to send the Steelers to an 8-6-1 record, as they fell by a final of 31-28.

The result puts the team in a situation where they have to beat the Bengals next Sunday at 4:25pm (the game was flexed by the NFL), but also needs the Cleveland Browns, who sit at 7-7-1, to beat the Baltimore Ravens in Baltimore.

The Ravens and Browns were also flexed to 4:25pm, meaning that there will be plenty of scoreboard watching at Heinz Field as the Steelers SHOULD be able to dispatch the Bengals who will end the year in last place in the AFC North.

Back to Sunday’s latest disaster, here’s a couple takeaways from the loss, as the team will look for a Christmas miracle to reach the postseason again and host a wild card playoff game in two weeks.