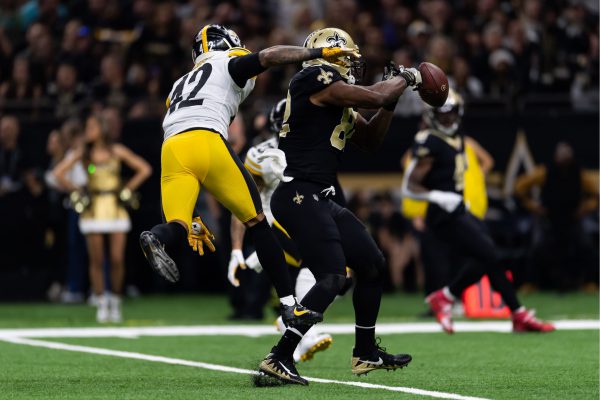 Once again on Sunday there was a couple VERY questionable calls made by the men wearing the pinstripes, and in the end these calls simply killed the Steelers.

The biggest call against the Steelers came with the game on the line on 4th down, and Steelers corner Joe Haden was hit with a PI call that shouldn’t have happened as the ball was tipped, but instead it kept the Saints game-winning drive alive.

They eventually scored on a Drew Brees to Michael Thomas two-yard TD, but in the end it should not have come down to that.

The Steelers were flagged for six penalties for 69 yards, none bigger than the call against Haden that should have never been called.

It’s a shame that each week these games come down to flags being called, but Sunday it happened again, and it appears the NFL is doing nothing about it.