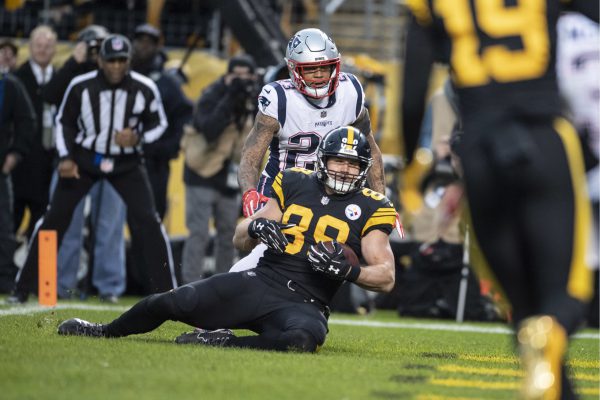 After all the years of close losses and painful setbacks, it was great to see the calls finally go the Steelers way, and the Pats were hit for 14 calls for 106 yards, the most penalties that has been called against them in years.

The Steelers, just four calls against them for 40 yards. While the second Ben pick was so the way the Steelers have lost games to the Pats before, they never gave up, even after Chris Boswell missed yet another field goal (32 yards). He redeemed himself with a 48-yard field goal to make it 17-10 before the last Pats drive.

The Pats dropped passes, they committed a ton of penalties, and they just didn’t look like their big, bad self of the past, and a lot of that had to do with the way the Steelers play – aggressive as well as confident.

Those two traits is something we’ve not seen in a long time against Tom Brady and company, and once that final pass fell incomplete, it was like a weight off Steeler Nations shoulders.