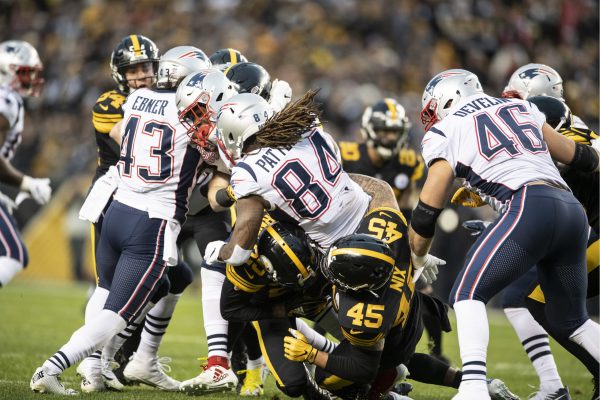 It looked like it would be vintage end of game heroics for Tom Brady and the Pats, but the Steelers defense stepped up and stopped New England on their last two drives, getting a huge Joe Haden pick and a stop on 4th down to secure the win.

Brady was 25-for-36, 279 yards with a touchdown and interception, and while he was his usual self on the last drive hitting some passes, the Steelers pass rush might have been the biggest difference.

After getting beat up last week by Derek Carr and the Raiders in the 4th quarter, and two weeks ago watching as Philip Rivers and the Chargers were able to do what they wanted, to step up and make plays against the Pats was rather unexpected.

Their secondary was able to keep most of the Pats pass catchers in front of them, and Rob Gronkowski had just two catches for 21 yards, a number no one could have expected.

Let’s see if this D has maybe turned a corner – holding the high powered Pats to 10 points is a start to say the least.