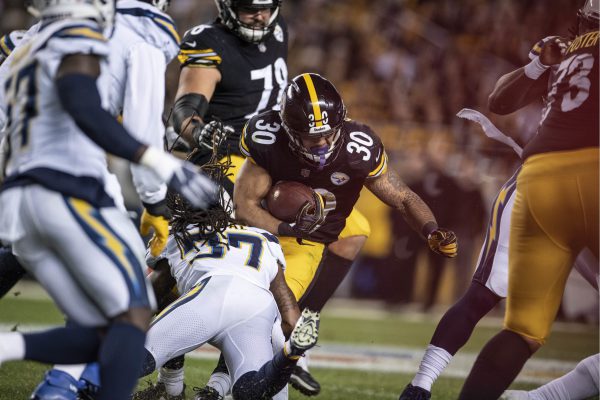 The Steelers are falling apart at the seams.

Last week they gave the ball away, made some amazing mistakes, and blew a game in Denver they basically from a stat line standpoint dominated.

Sunday against the Los Angeles Chargers at home, they again had things going rather smoothly, leading 23-7 at half, and even getting the ball to start the third quarter.

Then, as fast as you could run up your credit card bill at Christmas, the Steelers fell apart, allowing the Chargers three touchdowns, a pair of two-point conversions, and a field goal on the final play to fall to 7-4-1 with a shocking 33-30 loss.

The team is still in first in the AFC North, but now with games still looming against the Patriots and Saints, winning the division isn’t exactly a ‘for sure’ as it was two weeks ago.

Here’s a couple quick takeaways on what has to go down as one of the worst losses in the coaching tenure of Mike Tomlin.