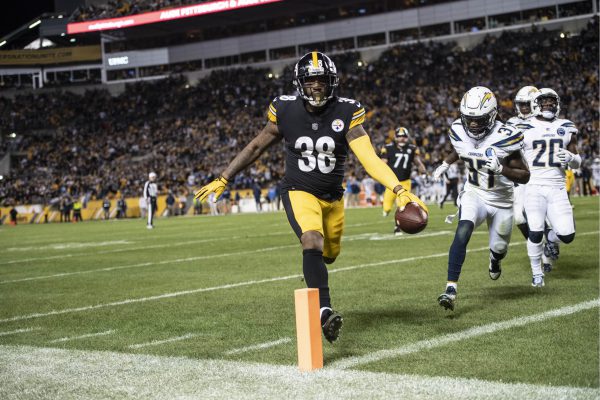 The Steelers piled on the yards as well as the points in the first half, but went to sleep in the second half as the Chargers rallied to end up tying and then taking the lead midway through the 4th quarter.

In the first half the Steelers drives went like this – touchdown, touchdown, interception (deep in Chargers territory), punt, field goal, touchdown.

It was 23-7, and things were glowing for the black and gold at that point as they honored the Super Bowl XLIII championship from the 2008 season.

Then in the second half, it went like this – punt, punt, punt, touchdown (to tie the game at 30).

The Steelers ran just 12 plays before that final frantic drive to go 12 plays and 78 yards to tie the game up. Just like the defense, it was a huge letdown to see this team go into a shell and not finish the job.