Report: Steelers RB James Conner Could Be Back as Early as Next Week Vs Patriots 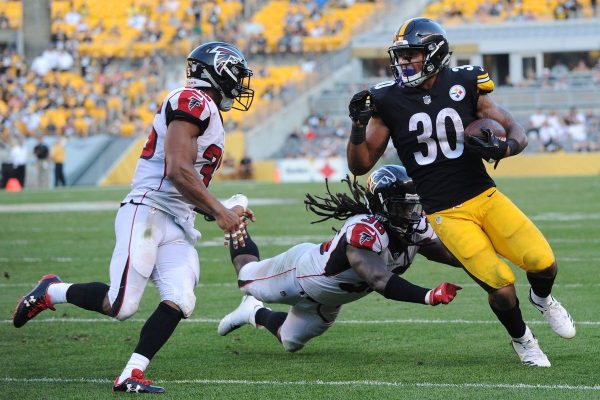 The Steelers run game will be without newly crowned star back James Conner today, as he will miss the week 14 meeting in Oakland with an ankle sprain suffered last week against the Chargers.

As for next week’s huge home matchup against the Patriots, the Steelers are hopeful that Conner just might be able to gut it out.

CBS Sports reports that “The Steelers believe that star running back James Conner could be back as soon as Week 15 after injuring his ankle in a loss to the Chargers last week.”

There’s been no official word from the team of course about Conner, other than that he’s out this week and according to the report, they team feels he will be healed enough from the injury to take the field against the current #2 team in the AFC.