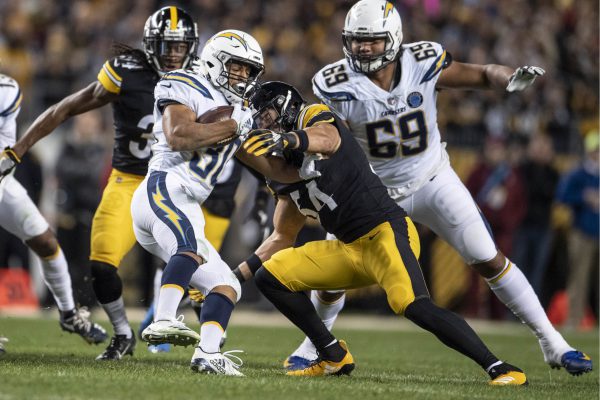 The Steelers went into the halftime locker room feeling great, leading by 16 points at 23-7, having played well on both sides of the ball, and other than a missed PAT by Chris Boswell, rather mistake free.

Then the second half started.

The first glaring thing about the second half was the lack of anything on the defensive side of the ball. The team wasn’t able to get to Philip Rivers (they had two sacks, but not nearly enough pressure), and then on final two drives the Chargers suddenly were able to run the ball, gouging the Steelers front seven.

Without Melvin Gordon, some guy named Justin Jackson came in and basically took the game over for Los Angeles, showing no fear of the Steelers run D, rushing for 63 yards and the score that made it 30-23.

Never mind the fact that the Steelers simply never stopped Keenan Allen, who ended the night with 14 catches for 148 yards and a score.

It was a crap effort in the second half by the defense, a massive letdown, and there had better be a ton of soul searching right now in that locker room.