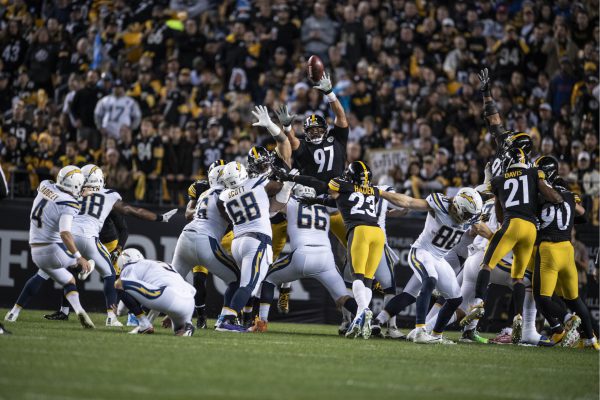 The last two (almost three if not for that miracle in Jacksonville) weeks have put their season in serious doubt as to where they want to go.

While it’s hard to argue at 7-4-1 that this team is still in line for a playoff spot, they are shooting any chances of looking like a team that is going to go deep into the playoffs in their own foot.

There’s simply been too much drama with this franchise this season, from Le’Veon Bell and his weekly reality show, to Antonio Brown not being a happy camper and whining about it, this team does not have enough talent to just think it can on a weekly basis overcome these distractions.

Now they are faced with four games that will define their season and if they truly are good enough to make a sustainable run into the playoffs.

It starts with a road trip to Oakland, a place they never seem to play well, against a 2-10 Raiders team.

Then they have a huge home game against the Patriots, followed by a road game against maybe the best team in the NFC in the Saints, and finish up against a limping Bengals team.

Going 2-2 leaves them at 9-6-1, with Baltimore a half game back and winners of three straight with games, the Ravens have on their slate the rest of the way – the Chiefs, Bucs, Chargers and Browns.

With all that, the Steelers had better find a way to win 3 of the last 4 – or this might be their biggest collapse of a team we’ve ever seen as they sit at home and watch the postseason instead of playing in it.