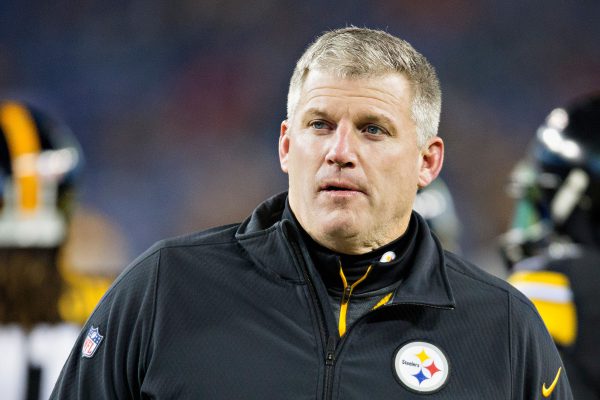 The Steelers are about to suffer another blow already this offseason, as reports from ESPN state the team is about to lose Mike Munchak as the club’s offensive line coach.

It goes without saying that losing Munchak is a huge deal to the organization, as the Hall of Famer was well respected as the Steelers’ offensive line coach for the past five seasons.

The 58-year-old was a nine-time Pro Bowl selection and a four-time first-team All Pro selection in his playing career.

Players on the team loved Munchak, and with his departure it remains to be seen what backlash might come from players like Ben Roethlisberger, who spoke out in favor of Munchak being kept on staff.

The team late on Monday announced that Shaun Sarrett has been promoted to offensive line coach.

We have promoted Shaun Sarrett to offensive line coach.