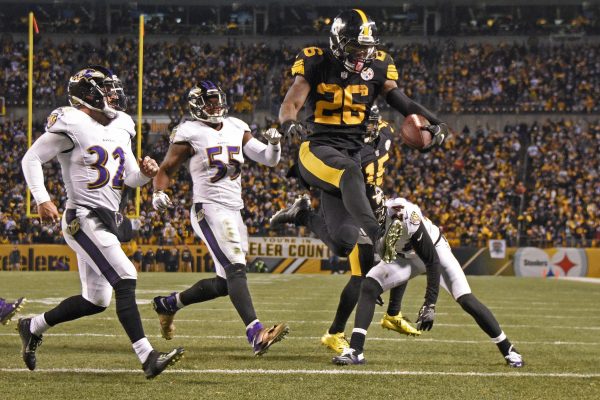 The Steelers are officially moving on from running back Le’Veon Bell, as reports say that the team is not going to place the franchise or transition tag on the back, meaning he’s going to be an unrestricted free agent in March.

Steelers are not tagging Le'Veon Bell, according to GM Kevin Colbert: "Le’Veon is still a great player. We can’t afford to use any other type of tags. Le’Veon will be an unrestricted free agent at the start of the new league year."

The move marks the end of his career in Pittsburgh, one filled with so much promise, but one that will go down as a bitter end as Bell sat out the entire season after not getting a long term deal from the team that he felt was of value last offseason.

In Bell’s last season in Pittsburgh in 2017, he led the league in carries with 321, and that season rushed for 1291 yards with another 655 yards through the air with a total of 11 touchdowns.

James Conner came in last season and filled in well for Bell, rushing for 973 yards in 13 games (12 starts) with 497 yards receiving with a total of 13 touchdowns.

He was hurt late in the season which cost him a chance at a 1000-yard season.

As for Bell, there’s been rumors that the New York Jets, Miami Dolphins, Indianapolis Colts and San Francisco 49’ers are teams that might make a run at him now that he’s an unrestricted free agent.