Is Tomlin Ready to Pull the Plug on Devlin Hodges as the Steelers QB? 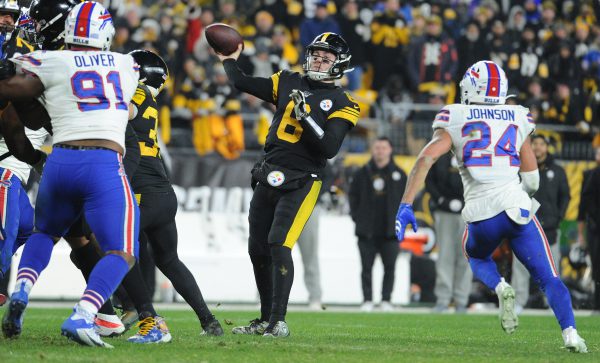 Steelers quarterback Devlin Hodges insists a four-interception performance hasn’t shaken his confidence he can play in the NFL, Chris Adamski of the Pittsburgh Tribune-Review reports.

Hodges lost for the first time in four NFL starts, and the undrafted rookie also had a comeback win in relief to his credit. But for as adept he’d been up until Monday at “not killing” the Steelers – to borrow Mike Tomlin’s backhanded-yet-loving praise for him – Hodges was not that at all against the Bills.

Four interceptions is enough that it compelled media to ask Tomlin if he was considering a change at quarterback, just three weeks after he’d put Hodges in in place of Mason Rudolph.

“I am not getting into that, guys,” Tomlin said. “We just lost a football game. I’m not going to make an announcement every week or every time I stand in front of you guys in terms of who is playing quarterback or any other position for that matter.”