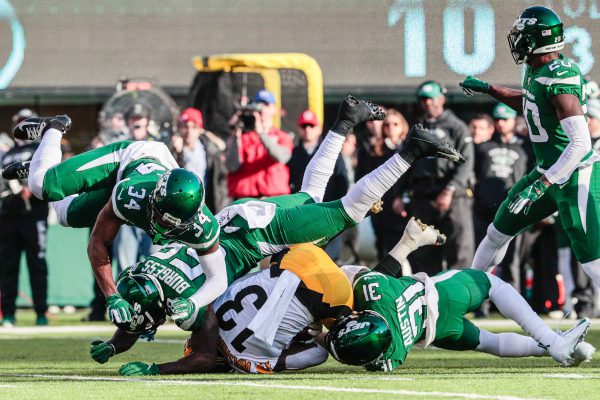 The Steelers even being a game over .500 with one game left in the 2019 season should make fans feel happy. This team, after losing their starting quarterback in game two, had really no business being even in the playoff hunt to be honest.

Then again, watching the last two weeks in losses to the Bills at home and now the Jets on the road, this team simply does not have enough offense to get it done, and that was proven again Sunday.

The team had just 260 yards of offense (which was actually one more yard than the Jets), but were awful on third down (3-14), and their QB’s really just never got into any flow, and with each one playing the offense was out of sync.

Even if this team beats a Ravens team who will play their backups, the thought of them making any noise in the postseason at this point seems remote.

You really can’t blame them based on the injuries, but no matter it’s been a fun ride.

* It’s been a historically bad season for the injuries for the Steelers, and Sunday didn’t help in all that this team has gone through.

The club lost Maurkice Pouncey (knee), James Conner (thigh) and Mason Rudolph (left shoulder) during the game, three offensive starters that they really could have used.

Not only that but the club just couldn’t find any consistency with the pulling of Delvin Hodges and then Rudolph getting hurt set them back, not that Rudolph did anything in the second half to make anyone feel they would pull this game out.

The team really could use all three of these guys for next week, and an early guess is that the club would want Rudolph as their starter at QB with the struggles that Hodges had the last two weeks, but with the injury they may not have a choice.

* The playoffs are fading fast, and that’s all that much of a shock based on the injuries as well as what this team has had to overcome.

The news that the Titans lost to the Saints at home means in a game that really didn’t matter, the Steelers have to beat the Ravens and hope that the Texans beat the Titans.

The Ravens should rest most of, if not all of their starters as they have nothing to play for. The problem is there’s a good shot the Texans also sit there starters, meaning the Titans will play their backups.

The Steelers controlled their destiny going into week 16, but just like last year when they needed to beat the Bengals at home and have the Browns beat the Ravens, they will need help to make the postseason.